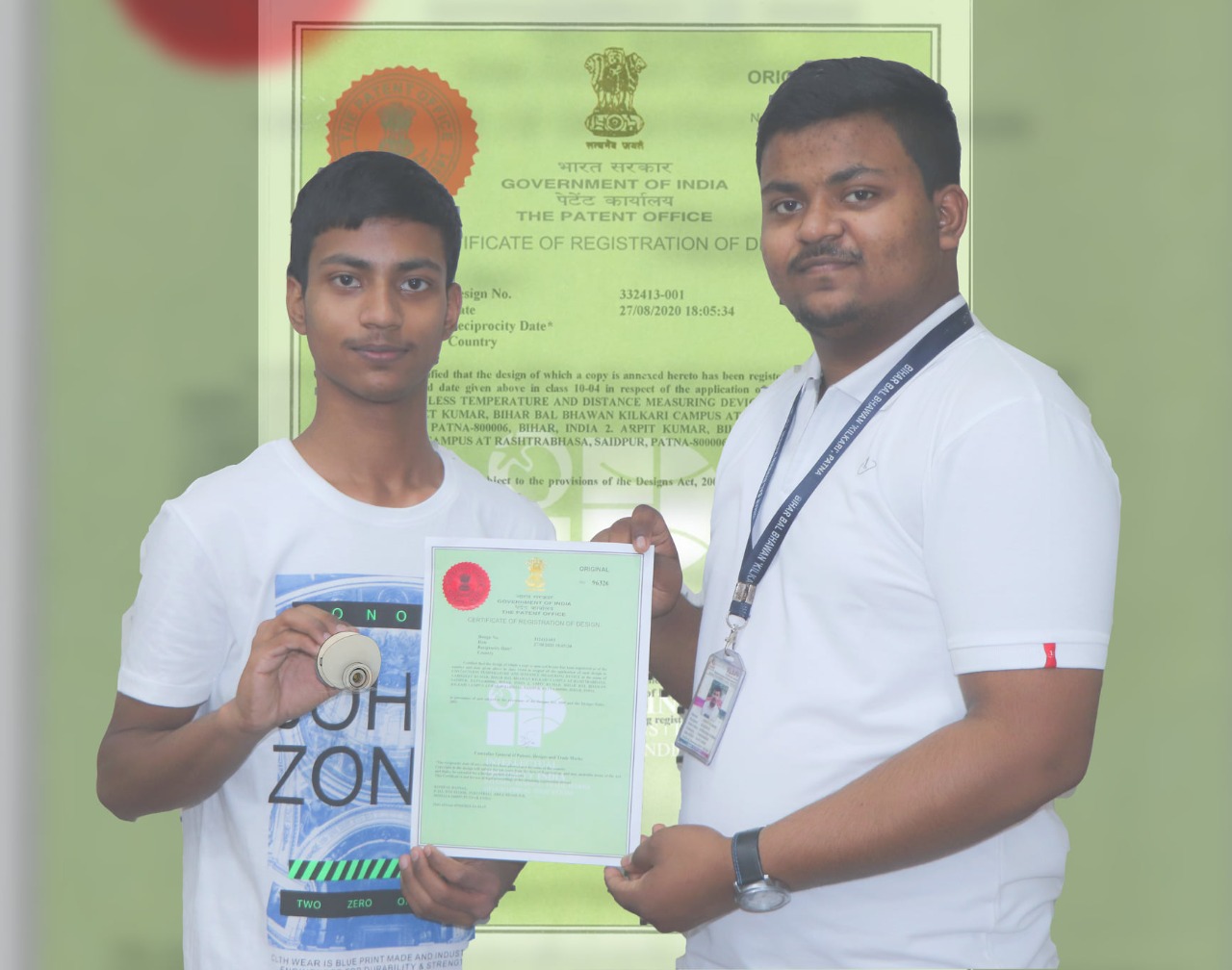 Amidst the second wave of the pandemic, a Covid-19 alert device developed by two high school students from Bihar has been granted Patent by the central Government. The device helps in temperature measurement and maintaining physical distance.

Arpit Kumar, a class 12 student and his brother Abhijeet Kumar of class 10 from Bihar’s Bal Bhawan Kilkari, education department of the state government, have developed the Contactless Temperature and Distance Measuring (CTDM) device.  “We started working on the project in May last year and filed for the Patent in the month of August, “says Arpit Kumar. The duo received the Patent grant Certificate on March 26 this year.

“During the lockdown Arpit and Abhijeet worked day and night on the CTDM project which is now registered by the patent office of the central government,” said Jyoti Parihar, director of the Kilkari.

Speaking to PatnaBeats, Arpit said that the device is like a badge which can be pinned on.  “As soon as someone with a high temperature above the normal level comes to the close proximity of this device, the person wearing it will get a continuous vibrating alert,” he explains.

The device sends different signals for Temperature measurement and Physical distancing. “If anyone comes in one meter distance of the person wearing the badge, then the device fluctuates with a beep sound, “adds Arpit.

Abhijeet and Arpit have also won several awards including the RICOH Sustainable Awards-2020, CSIR-CIASC-2020. “They have been involved in scientific research from three years with various educational institutions like Council of Scientific and Industrial Research–Indian Institute Of Chemical Technology (CSIR-IICT), Hyderabad and Indian Institute of Technology (IIT), Patna, said Jyoti Parihar.

“Research and Technical aspects of the device was done by me whereas Abhijeet was behind the concept and the Design of the Device,” shares Arpit.

The siblings have been trained under Manju Kumari, the institutional mentor, and science trainer at Kilkari and the central electronics and the Engineering Research Institute Pilani in Rajasthan.