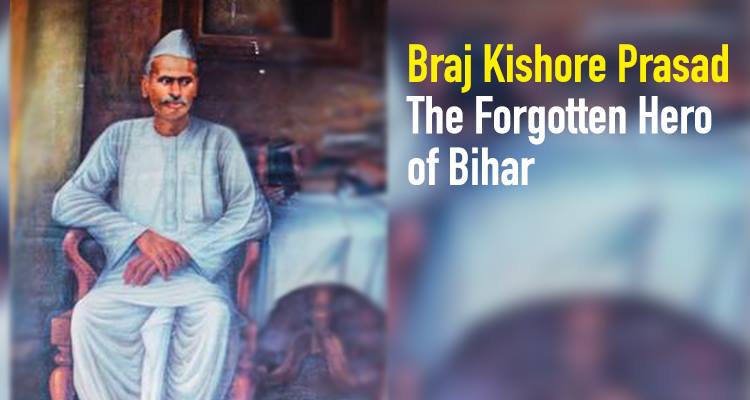 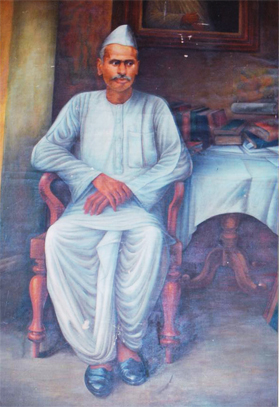 Braj Kishore Prasad was born on 14 January, 1877 in the village Srinagar in the district of Saran ( now in Siwan district). . His mother Samudri Devi was a pious lady. His father Shri Ram Jiwan Lal was employed as an opium agent at Gaya. Opium was then a major item of export of the province and was monopolized by the British Government.

The advent of modernity in Bihar was symbolized by the establishment of schools and colleges by the zamindars for the dissemination of English education needed for the introduction of the British system of management in their territories. Braj Kishore Prasad was a product of this change. He was a renaissance man – erudite, liberal, jurist, social reformer, freedom fighter and philanthropist.

He obtained a master and law degrees in spite of the adversity he faced after the death of his father. He encouraged the spread of English education among both sexes and promoted foreign travel for higher education. He showed his commitment to promote foreign travel by attending the dinner hosted for Dr. Ganesh Prasad after his return from England and sending Ambika Charan to Japan and meeting his expenses. While welcoming Charan, he arranged a secular dinner crossing the caste barriers.

A fearless fighter for justice when people were afraid to speak against the authorities, he tried to redress the plight of the peasants through legal means even before the arrival of Mahatma Gandhi in Champaran. His efforts resulted in the Settlement Report, though not very helpful to ryots, but at least it proved that the government acknowledged the grievances of the peasants.

Braj Kishore Prasad’s organizational ability, his legal acumen and familiarity with the peasants’ problems helped Gandhiji to redress the sufferings of the peasants. Gandhiji took him to Ranchi to meet with the Governor on at the latter’s invitation. The meeting led to the introduction of The Champaran Agrarian Bill of 1917, which recommended the abolition of the tinkathia system and return of ¼ the tawan (for releasing the peasants for cultivating indigo). It was a positive step, though not very satisfactory.

The aftermath of the Champaran movement brought a new breed of full-time politicians with a definite ideology and methodology. The lead was taken by Braj Kishore Prasad. Though he differed with Gandhiji, at times, he was his most trusted colleague. Whenever Gandhiji was away from Champaran, he deputed Braj Kishore Prasad to substitute for him. Braj Kishore Prasad along with Anugrah Narayan Singh and Rajendra Prasad nurtured and strengthened the functioning of the Congress Party in Bihar. Such was his popularity and influence nationwide that he was elected as a member of the Congress Working Committee – the apex decision making body. But he confined his activities to Bihar and tried to implement Gandhiji’s policies in the State.

As a Chairman of the Reception Committee of the Congress Session at Gaya in 1923, he exhibited his organizational ability and integrity. He was a social reformer and he supported the efforts of those with whom he differed. Though defeated by the Maharaja of Darbhanga for the membership of the Bengal Legislative Council, he supported the Maharaja for introducing the Panchayat system to minimize litigation among the villagers.

Like Gandhiji, Braj Kishore Prasad regarded that social reforms would improve the conditions of the peasants. He worked hard for the emancipation of women who were mainly engaged in the household affairs with no role in the society due to illiteracy prevailing among them. He provided examples by encouraging his daughters to get education discard purda and participate in the community affairs. He sent his daughter – Prabhavati- to live in Gandhiji’s Ashram- a bold step at that time. This had a salutary effect and people followed his example by letting their women folks to get education and involve in political and social activities. Women joined the freedom struggle and suffered imprisonment.

Though indisposed, he kept a close watch on the civil Disobedience Movement and guided it from Patna. During the worst earthquake in Bihar in 1934, Braj Kishore Prasad with failing health supervised the relief work. He did not live to see the independence of India as he passed away in 1946.

The book -a labor of love – is based on sound principles of historical research. Written in a people-friendly language, it traces the history of freedom struggle and reform movement in Bihar, which involved masses in the social and political activities. We get a glimpse of the rise of caste and communal politics in Bihar due to the election of local bodies and provincial legislature. The book is a must on the bookshelves of those interested in Indian struggle for freedom as the history of India revolves round Bihar. The author has done a commendable service to the historical research. Several appendices relating to the Champaran movement and the speech of Braj Kishore Prasad add to the value of the book. The printing of the book is good, but the binding is bad.