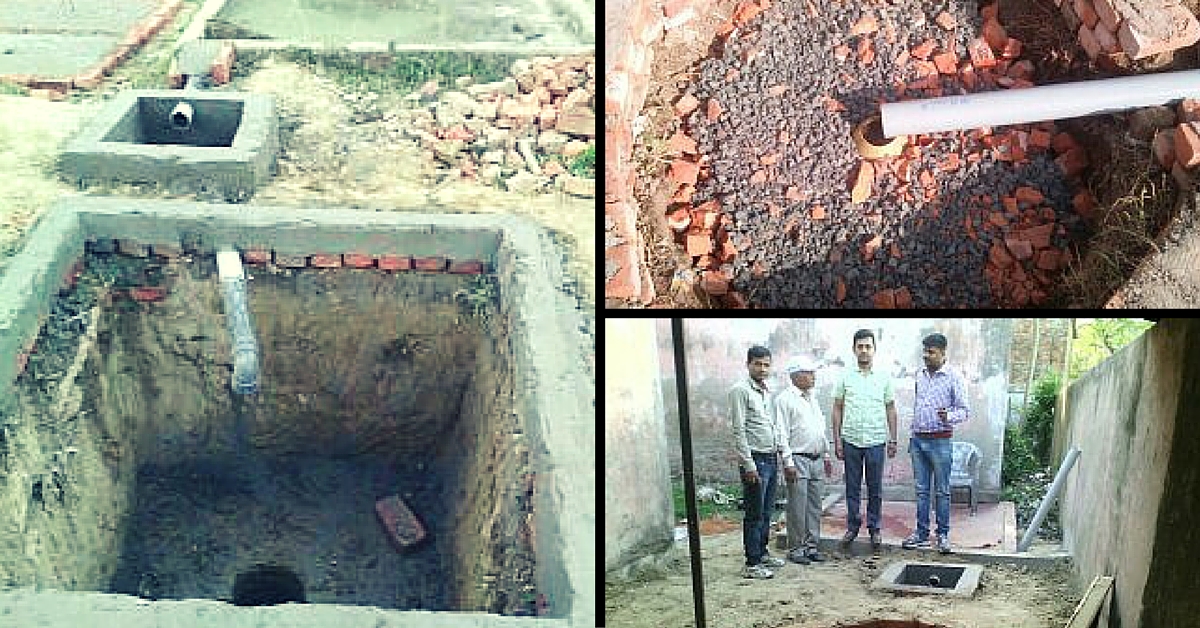 With groundwater level going down by over 20 feet in areas bordering Nepal, Sitamarhi district in the state has taken a noble step by constructing 2,168 soak pits in schools, health centres and police stations among others at a war-footing to conserve and recharge water below earth.

Residents of Sitamarhi district in Bihar came together this April to work towards water conservation in the region with the construction of soak pits in schools, health-care centres, police stations, etc. This is how the project took shape.

Bengaluru, Latur, Jaipur, Gurgaon, and Ranchi – the one common thing that connects these and many other geographically far off locations of the country is the water crisis that each place is going through. The impact of harsh summers is already visible, and the problem appears to be larger each day. In such a situation, India should concentrate more on the development of water conservation structures.

And keeping that in mind, Sitamarhi District Administration has started a unique initiative called Sokhta-Kranti that involves construction of soak pits in the region.

The initiative taken up by the district administration in partnership with UNICEF, saw the participation of the entire community and led to the construction of 2168 soak pits in schools, health-care centres, police stations, etc. The technical team behind the construction of the soak pits was led by District Magistrate Rajiv Raushan and was supported by Prime Minister’s Rural Development Fellows Amit, Nitin and me.

Sokhtas are water conservation structures that can be constructed in minimal space and require very less time, investment, and maintenance effort. They help in the conservation of water and prevent contamination too.

1. Hand pump unit: This unit includes the hand pump, a platform, and the filter/trap. The platform provides a direction for the flow of water towards the soak pit chamber and the filter traps the bigger waste particles.

2. Settlement chamber unit: Water enters into settlement chamber after flowing through the filter. Sedimentation process is active in this part of our model. The aim is to minimize the entry of waste particles into the soak pit. The slope of bottom surface has been prepared in such a way that the bigger particles get trapped inside the chamber.

3. Soak pit unit: It is in this part that the actual process of filtering and soaking occurs. Filtering happens in two stages –

a. First in the plastic container that is filled with neem twigs/leaves, coconut shell, etc.
b. Then when the water passes through the different layers of various sized bricks. Soaking majorly occurs through the surface walls of the soak pit and to some extent through the lower surface.

4. Covering unit: This unit comprises of two to three brick layer over the soak pit and slabs over the settlement chamber and soak pit. Both these elements decrease the scope of entry of rain water and at the same time increase the strength. The aim is to increase the sustainability of the structure.

The whole model was conceptualized taking into consideration the local condition of Sitamarhi and the specifications were finalized after considering the infiltration rate and the level of cleanliness of water in the area.

The objectives of the experiment include the following: 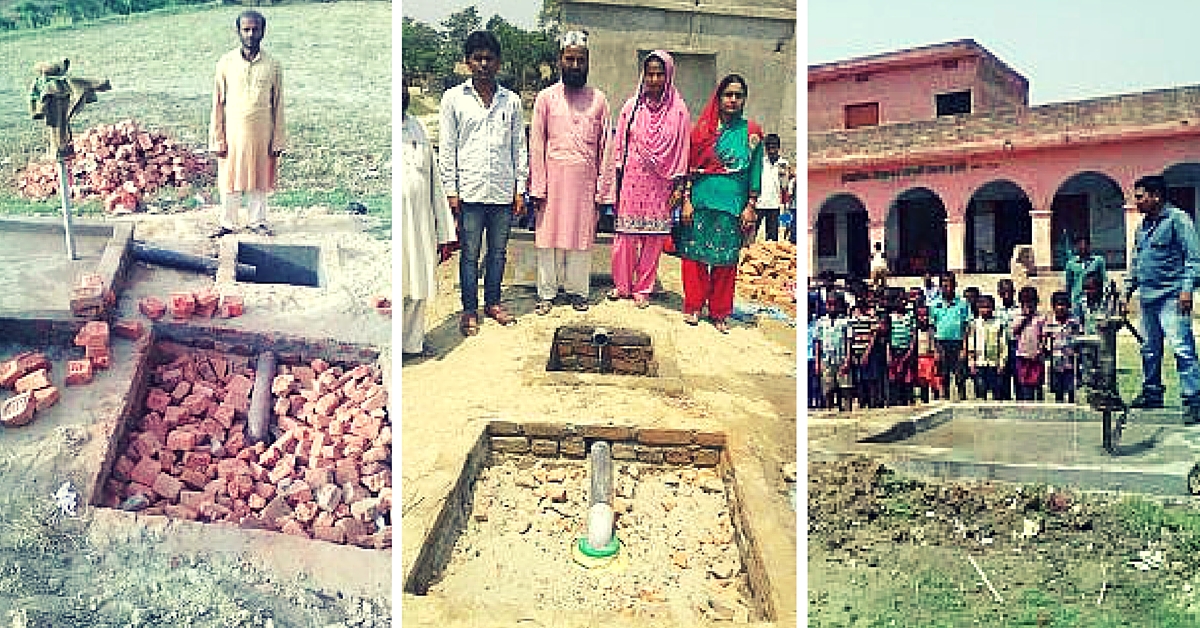 The multidimensionality of the experiment attracted people from different streams and acted as a unifying bond for residents. Nobody would have ever thought that soak pits will bring people on one common platform. The success of the revolution was celebrated by every person of Sitamarhi irrespective of any differences.

The first phase of the project was dedicated to awareness generation because the basic idea was to bring out soak pits as something coming from the people and not just an output. It was because of this phase that the education department voluntarily came forward with their idea of soak pit construction in school premises. 11,000 resource personnel were trained for the project, including headmasters, teachers, ground level staff and the common people. These people conducted special classes in every school in which the main focus was on waste management and sanitation.

Throughout this project we were supported by the education department, control rooms at district and block levels, panchayat wise tagged staff team connected through WhatsApp groups, and our own advisory team of eight to ten members led by Prime Minister’s Rural Development Fellows.

We request people across country to take up responsibility for solving issues affecting the country. We will go miles only if all of us just take that one little step. Lastly, as the District Magistrate of Sitamarhi puts in every meeting “There is no start or end to these projects. It is just a phase. We need to keep things in sustainable condition to get the actual benefits.”

The story was first published at TheBetterIndia