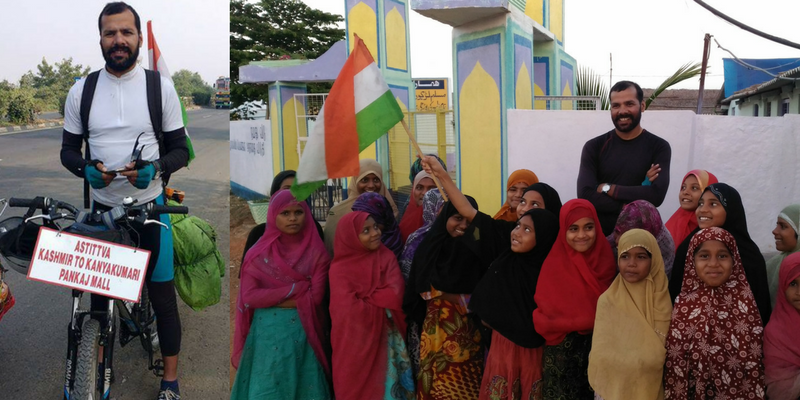 Pankaj Mall has been spreading awareness on sanitation, girl child education, organ donation, and raising funds to help build toilets in the rural parts of the country.

The UN Human Development report of 2016 ranked India 131 out of 188 countries in education, health parameters, and living standards. For years now, India has been poorly positioned in terms of health, hygiene, sanitation, and women safety.

Pankaj Mall, a 37-year-old native of Bihar, decided to cycle for three causes — educating the girl child, healthy and clean spaces, and organ donation. Calling this mission Astittva, Pankaj set out to spread awareness, and fundraise for the social changes he passionately believes in.

Pankaj, who came back from Qatar in 2015, leaving a career in training and business development, started an online food company in Noida with customised food delivery through his kitchen. At that time, he had invested everything into becoming a food entrepreneur. But after a year, though the traction was positive, Pankaj found himself struggling for funds and went through a turbulent phase.

For the next 45 days, Pankaj started walking to the office to save money to buy himself a bicycle. He wanted to work in the cause of Beti Bachao Beti Padhao, Swachh Bharat and Swasth Bharat, Ang Daan Maha Daan, and decided to tour across the country on his bicycle to spread awareness. 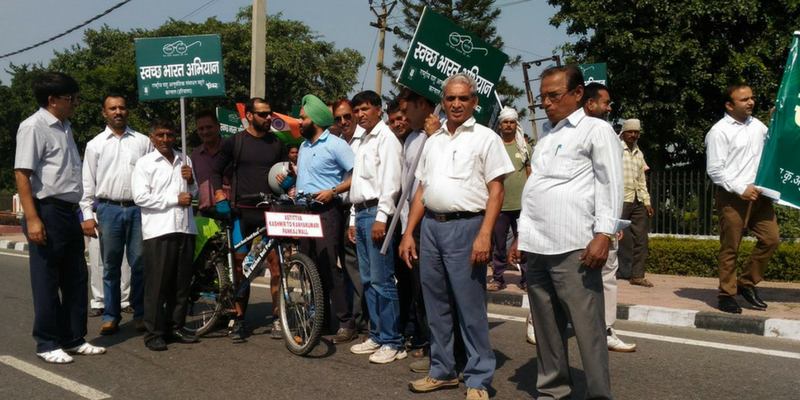 On October 2, 2016, Pankaj bought a bicycle with the help of his brothers and friends. On a limited budget for food and no budget for accommodation, he started his journey across the country with the belief that his willpower would see him through:

Pankaj began this journey of spreading awareness on October 6, 2016 from Kargil and completed it on December 5, 2016 by reaching Kanyakumari. “My family members weren’t supportive enough in the beginning, and everyone discouraged me, except my mother and my students. Bringing about a change is a difficult task,” he says.

Astittva aims to instill change in the minds of people and fundraise for the causes by spreading awareness. It wants to motivate people towards building a society which is considerate of girls and women, a society which understands the need for health, hygiene, and organ donation. The organisation is working in the areas of entrepreneurship, education, empowerment, employability, environment, and health.

Travel is the best way to understand the socio-economic situation of people. It helps you to connect with them. Cycling is economical, eco-friendly, and a better way to travel. I started my journey after delivering a session on motivation and career guidance in Kargil, says Pankaj. 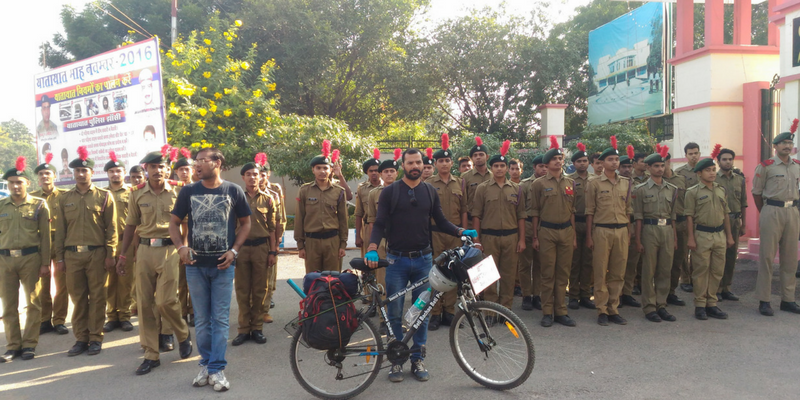 During this journey, Pankaj conducted numerous cleaning drives as a part of the Swachh Bharat campaign, along with awareness campaigns and talks on the importance of girl child education. He also helped build 17 toilets in the rural parts of the country by raising funds through crowdfunding.

Pankaj feels he has achieved a sense of accountability towards people and the nation through this journey. He gave up his foodtech business and has taken up the mission to transform lives and the ecosystem.

It has brought more clarity on what needs to be done and what kind of ‘products and services’ people require. I have begun to lead a simple life and understand that we humans can be really happy with less resources. In order to live a happy and purposeful life, we need to attach it to a vision and Astittva has given me that vision in life, he says.

Through crowdfunding, Astittva has started working on conducting workshops on motivation, wellness, career, and entrepreneurship. Pankaj is now working on a project to bring affordable biodegradable sanitary pads for women and hopes to launch it in the market by 2018. He plans to set up mini sanitary napkin manufacturing units along with soap, clothes, agarbatti making units to create more jobs. He aims to create jobs, make entrepreneurs out of rural people, and help them live sustainable lives. 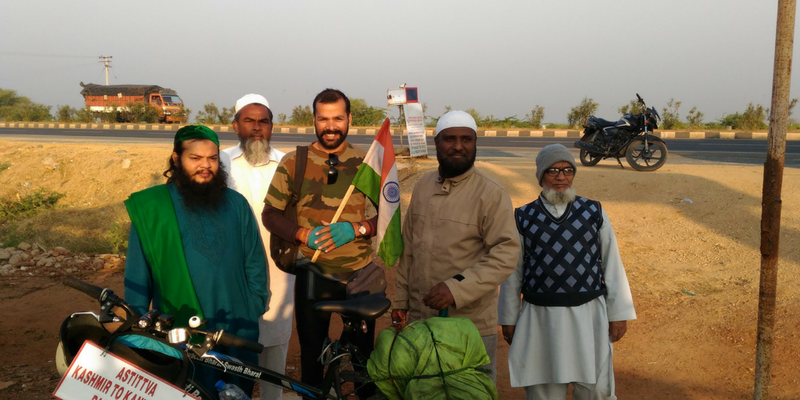 Pankaj, who is a leadership, relationship and personality development coach, has consulted for more than 50 companies and addressed more than 6,000 people from 20 different countries across Asia and the Middle East. He is also planning to go on a ‘west to east’ trip from Gujarat to the North East and another trip that would cover the entire country.

Speaking of his plans for Astittva, Pankaj says, “The objective of Astittva is to impact 1 crore people in the next 10 years through its initiatives. By 2018, we plan to launch a programme under Astittva in more than 100 schools and colleges; the programme aims to bring holistic development among students,” says Pankaj.