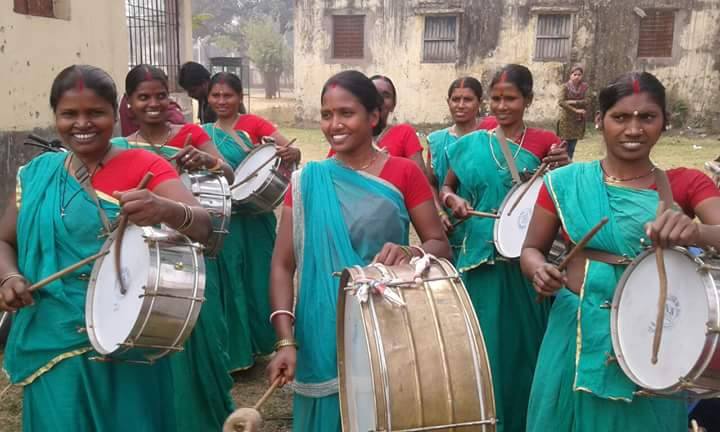 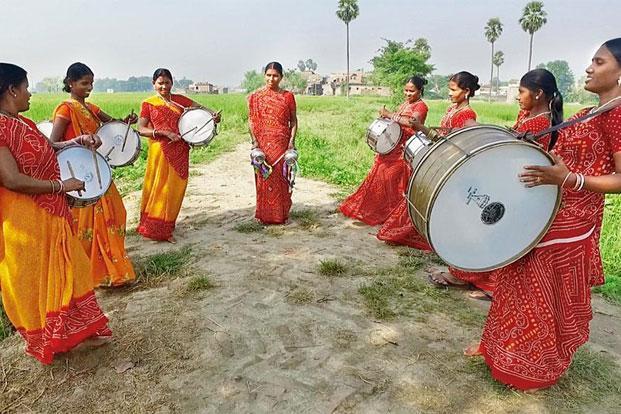 Gone are those days when women were restricted to house hold chores and men took responsibility of outside house matters. Women today are taking equal part in every activity which earlier was male dominated and this is not a tale of just urban cities where woman work in corporate offices but also of rural Bihar, where now women have stepped ahead of men and are proving their mettle. 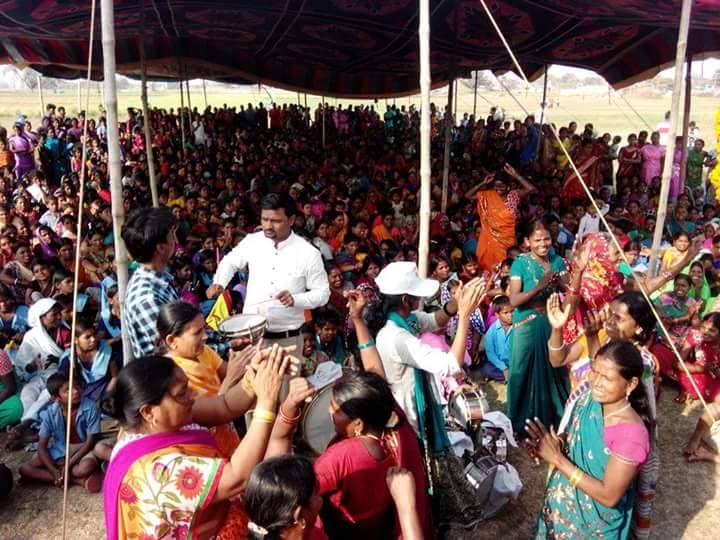 Nari Gunjan, which literally means the humming of women, is a non-governmental organization established by Sudha Varghese. This organistaion works among the Musahar and Mahadalit communities in Bihar and address issues of rights, education, livelihood and violence against women.

Savita, Anita, Pancham, Chhatiya, Sona, Lalti, Bijanti, Domni, Manti and Chitrekha are 10 women from Dhibra village, Danapur , who have been trained by a music teacher named “Aditya Gunjan Kumar” from Patna for eight months. These women have been performing at weddings, ceremonies and festivals and have received great acclaim for their performances.

The new era women talk about saris, walking shoes, tired bodies and bruises caused by the shoulder straps of the equipment—the Drum. Travelling outside is full of excitement. They say that freedom of travelling for work without husband and children is real fun. They get so much of “Izzat” that when they return home, they feel like new people.

When they go somewhere they always hope to stay for a day or two longer so that they can see new things. Travelling opens their mind and provides them break from all worries. Respect, fame and prestige have boasted their confidence. They say ,“We are now ready to go anywhere”.

In the beginning, people used to make fun and would say, “This is man’s work, why should women do it? “. People also said that they will never be able to learn but Today when a Scorpio(car) comes to the village to pick them up and later to drop them back, everyone watches in awe. These women earn money and that money speaks. It also strengthens their voice.