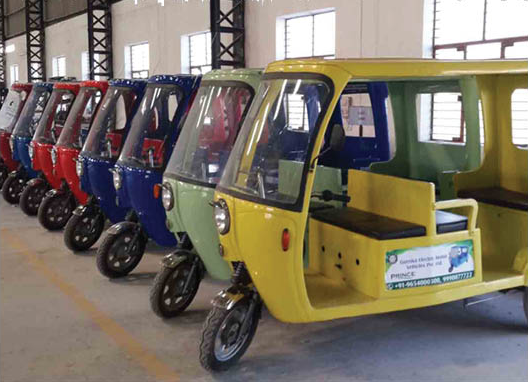 According to Times of India, the mission has announced Bihar’s capital and largest city under its 4th round of 30 cities to undergo an extensive makeover in the near future.

Included in the mission’s ambitious plans for Patna are a number of green-technology initiatives such as: zero-emission vehicles like e-buses and e-autos, wi-fi hotspots, solar rooftops, e-charging points for vehicles, bicycle docking stations, bicycle tracks and smart bus stops.

Reporting further outlines the more detailed proposals for Patna city including four-laning of the road around Gandhi Maidan with cycle tracks, underground parking facility, development of multi-storeyed shopping complexes at New Market and solar panels on government buildings. There are plans proposed to redevelop the city’s Bankipore bus terminal near Gandhi Maidan.

The concept of the smart city originated with the Smart Planet Initiative of IBM in 2008. The Smart Cities Mission was launched in India by Prime Minister Narendra Modi in June 25, 2015 as an urban renewal and retrofitting program with a mission to develop around 100 cities across the country, making them more sustainable for the environment and more inclusive for the residents with a better quality of life. Some core elements of a smart city include adequate water supply, assured electricity supply, robust IT connectivity and digitalisation, affordable housing and improved waste sanitation.

The Union Ministry of Urban Development is responsible for implementing the mission in collaboration with the state governments of the respective cities. The mission’s guideline states that financial support to the extent of Rs. 48,000 crore over 5 years will be provided by the Central Government on an average of Rs. 100 crores per city per year. According to Telegraph India, Patna Municipal Corporation commissioner Abhishek Singh has confirmed funding of up to Rs 2,771 crore as approved under the Mission to carry out Patna’s makeover.