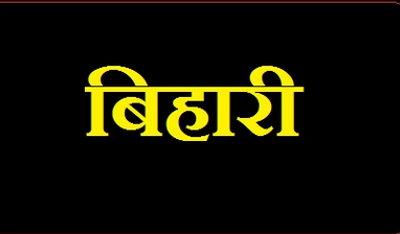 We don’t use expletives with each sentence we speak. – Neither do we use ‘F’ word and ‘C’ words for referring people from other states.

You’ll be happy to know, no gaali is patented to any Bihari. Yes, like everybody else, we too abuse when we are angry, but we are not known to invent any such cuss word.

Everyone here in Bihar doesn’t own a gun. – We are peace loving. We are from the land where Buddha got his enlightenment. Remember!

MYTH 3: Bihari has an accent

Not all of us but most of us have an accent. – Gujrati, Punjabi, Marathi do have one too. & if that’s not funny, ours is not funny either.

MYTH 4: Bihari can not speak in English

We do have English medium schools with English teacher. – We are not poor in English. There are authors like Satyapal Chandra , Amitava Kumar , R. K. Sinha , Tabish Khair and many more from our land who are flooding the country with their bestseller novels.

MYTH 5: Biharis do not respect women

We respect woman. We are against female infanticide. – We don’t burn our wives and daughter in law for dowry. We educate our girl child as much as our male kid (& sometimes even more.)

After agriculture, we love education the most. – The farmers here never sell their land for business or luxury but for educating their kids.

We are progressive thinkers.- We allow our kids to have friends of opposite gender and marry someone of their choice.

MYTH 8: We cheat in our exams

We are against the use of unfair means in exams too. – If all of us would have passed exams only by using unfair means then Bihar would not have been the state with one of the highest numbers of IITians but the only state with IITians. (Yes! We make that much engineer every year.)

Corruption is hated by us as much as rest of India. – Chara ghotala happened here, so did Vyapam in Madhya Pradesh and CWG scam in Delhi. It’s everywhere. It’s the people not the state.

We don’t only hold B grade jobs and work as laborers.- We have IAS, IPS, PO and many other person having elite jobs. And then a Bihari was the first president of India.

The slow pace of economic development, the highest density of population, caste based politics and lack of educational opportunities forced the natives of Bihar to migrate. With no skills or qualifications, majority  ended up as a labor, field worker, rickshaw puller etc. Meager income, responsibilities at home and increase in the cost of living made them live at slums and challs. But they are not “filthy” or “unhygienic”

MYTH 12: Biharis’ are what they show in Bhojpuri movies

This is like telling since “Mihir” died and re-died million times and “Tulsi” married and re-married a thousand times in “Kyunki saas bhi kabhi bahu thi”; every Mihir and Tulsi does that. Movies are based on fiction and all they contain is drama. People should not judge others by that parameters. 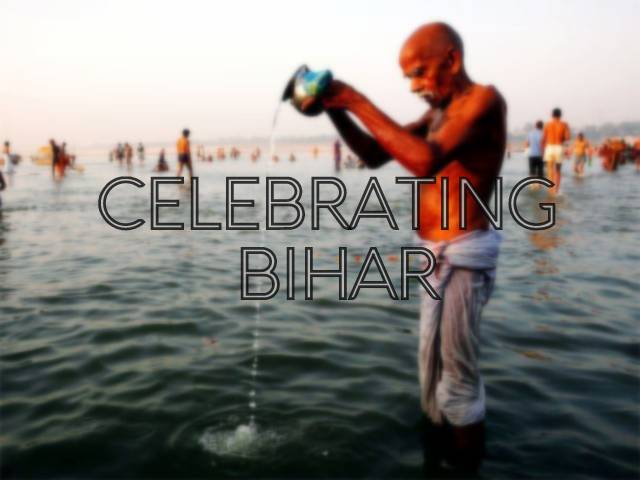