The woman Rugby Team Bihar flagged the Senior National Rugby 7’s Championship which was held at Patliputra Stadium, Patna from 19th to 21st July. In the finals, Bihar won by 17-12 over Orissa. In the first round, Bihar led from 12-7 whereas, in the start, Orissa was leading from 5-0. The match extended fun when Bihar’s players put their zeal and later, the game came out to be exciting when it was 12-12 after the half time. Bihar Women Rugby team pushed forward with the last 5 points. The best player of the match was Sweety Chaudhary from Bihar.
Women Cup Quarter Finalists at the 2019 Senior National #Rugby7s quarterfinal matches were-
West Bengal Vs Punjab ,Delhi vs Orissa,Bihar Vs Goa  and Manipur Vs Maharashtra . 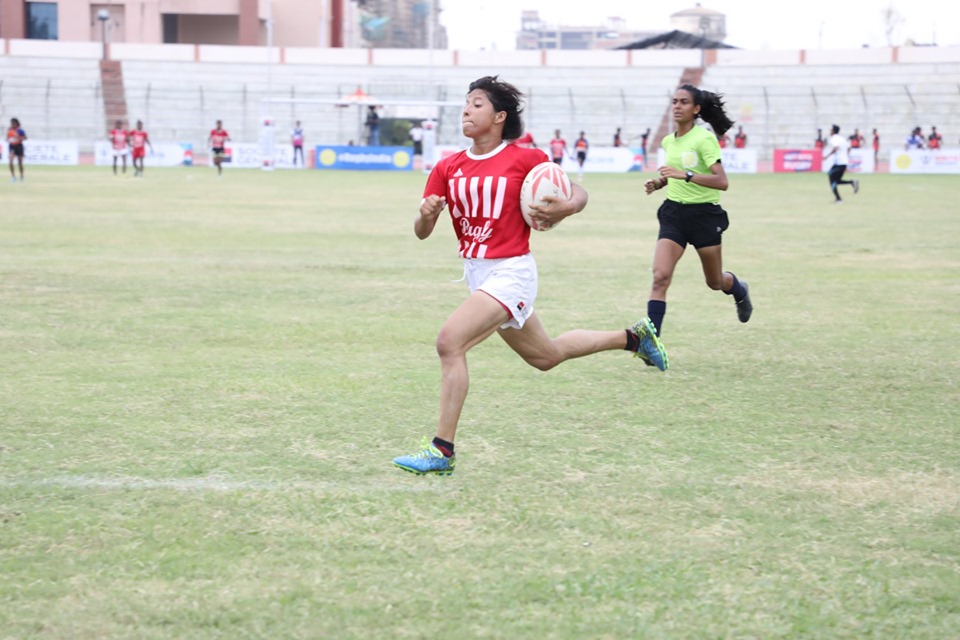 The National Rugby Sevens Championship is an annual rugby sevens competition. Tournaments are held for senior men’s and women’s teams, as well as for junior men’s and women’s teams with an under-18 age requirement. It is contested by teams from Indian Teams from different states. The Asian Sevens rugby was in full swing with a number of rugby seven’s tournaments were taking place across the continent recently: Malaysia, Thailand, and Sri Lanka etc. The Championship was the qualifier for the 36th National Games of India and also a platform for shortlisting players to join the Indian Training Camp for the Asia Rugby Sevens trophy (Men and women) on 10-11th August 2019.

History and Origin of Rugby India –
The earliest trace of Rugby Football in India dates back to a scratch match or two played in Calcutta and Madras during the visit of H.M.S. Galatea in 1871. The teak goal posts used on the occasion of the Calcutta Match were afterwards used by the C.F.C. up to at least 1886.
The first recorded match was played on Christmas day 1872, at CFC in Calcutta; it was played between England and a combined team of Scotland, Ireland and Wales. The game caught on and had to be repeated within the week.
The game was now established. In January 1873, officers were appointed and the Club Rolls gave a total of 137 members. The Club colours were chosen as red and white, broad stripes.
In 1877 saw the downside of the game and it almost died out, leaving behind a full coffer. The wise G.A.J. Rothney, who had been acting as Captain, Hon. Secretary and Treasurer of the Club at that time, proposed that the funds should be devoted to the purchase of a cup of Indian workmanship to be offered to the Rugby Football Union- the parent body of the game worldwide. The withdrawal of these monies was done in the form of silver coins which were then melted to craft the exquisite Calcutta Cup.