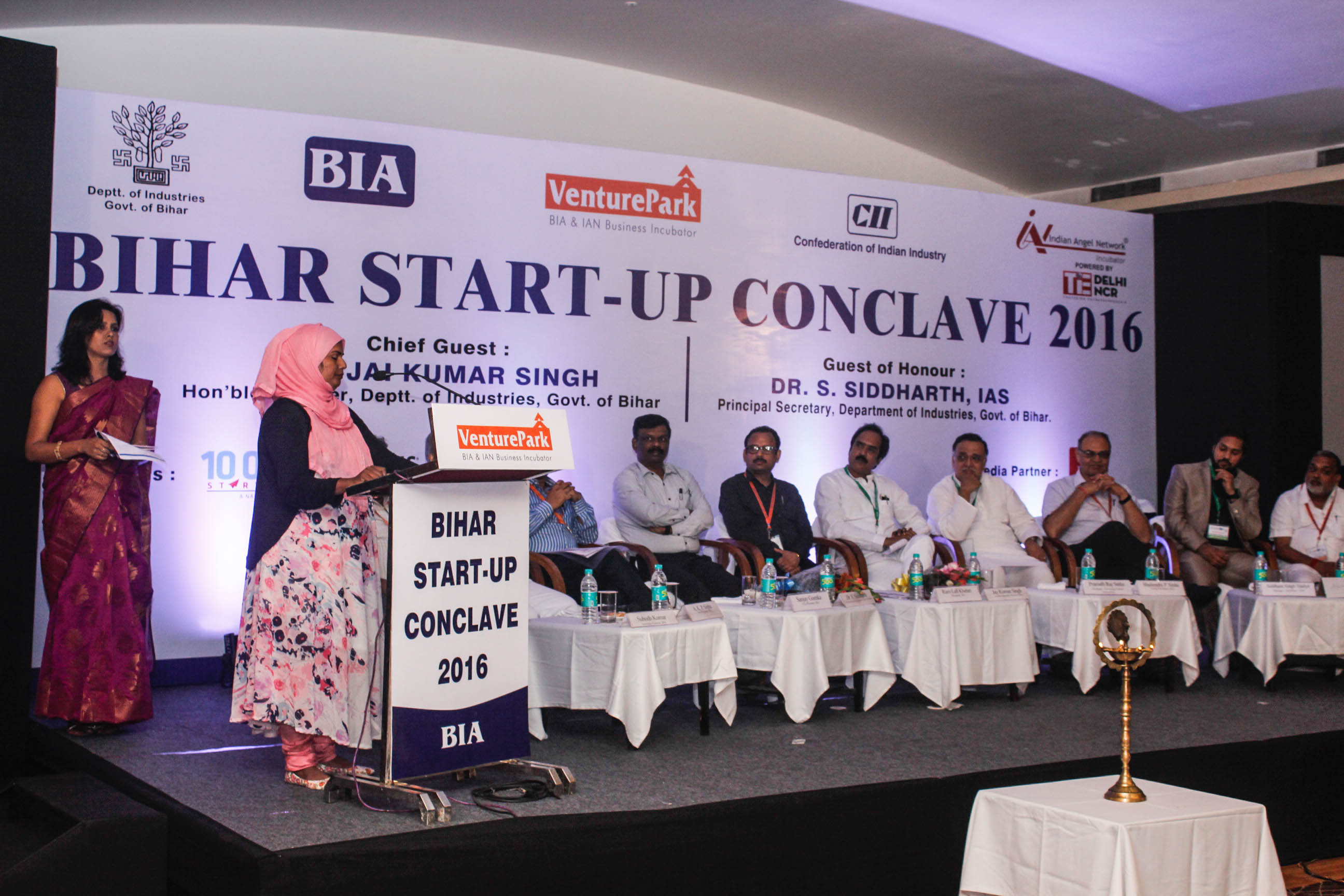 Bihar has come a long way from its dark past and the classic example of this was recently concluded Bihar Start-up Conclave at the Maurya Patna under the aegis of Bihar Industries association.

The gala event was a result of lots of hard work and coordination done by ministry of industries. The event was also an attempt to showcase the functioning of newly incorporated Incubation center BIA Venture Park. The event was inaugurated by hon’ble Industries minister, Mr. Jai Kumar Singh, who was accompanied by Chief secretary, min of industries Mr. S Siddhartha.

With an intent of making the event more meaningful and interactive, it started with a panel discussion on,” Disruptalks, fostering a startup and innovation. This discussion was a star studded show headed by Mr. Ravi Ranjan, chief of NASSCOM 10000 startups, Kolkata who was joined by founder of WOW momos, Sagar Daryani, Om Agrawal of EASY Coach fame, Rahul Singhal, founder of APPLOP and Vikram Duggal, consultant for Unitus Seed Fund. These Startup experts shared their experience and learnings on how to shape up your dreams and also addressed the queries raised by budding Startups from our own Bihar.

Thereafter, after the inaugural function, Mr. Ramlal Khetan addressed the audience and showcased the initiatives which State government has taken to strengthen our industrial revolution, Right from single window clearance, to Bihar Industrial investment promotion bill, 2016 which is again a progressive step towards streamlining east of doing business. Mr. Khetan emphasized on government intent of the policies made for nurturing startups which will help create more employment in the state. It was also informed that going forward, State government is planning a new policy for Startups in Bihar.
Chief secretary Mr Siddhartha urged and motivated the budding startups to come up with innovative ideas which government will be more than willing to promote and will also be backed by financial aid on the basis of merit. 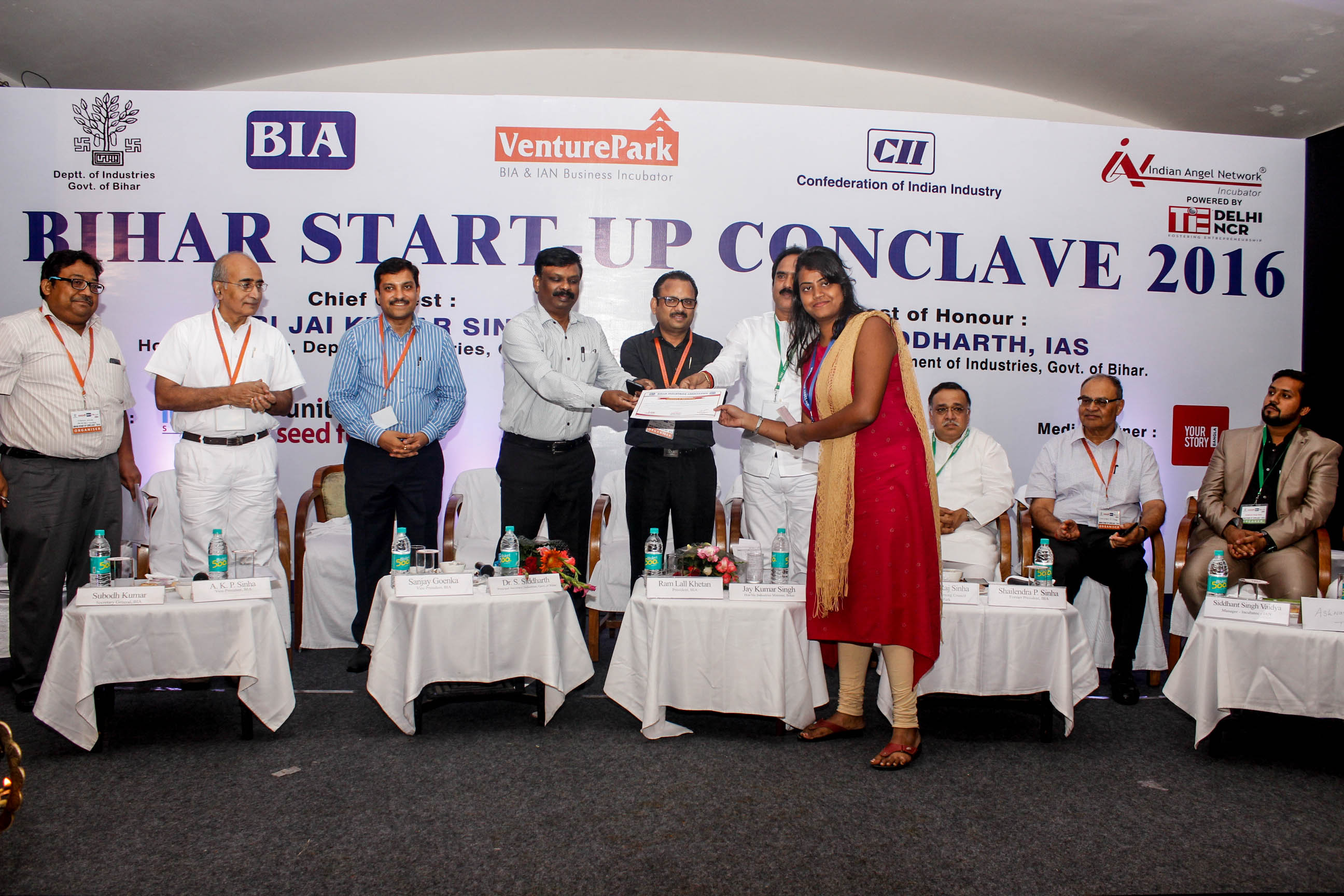 The event also witnessed presentations by selected incubates to showcase their projects. And this is not all, BIA had announced a contest on Business plan which received a thumping response with 124 entries. The selected entry who won the first prize worth Rupees 1 lakh was a proud Bihar ki beti, Social Entrepreneur Akanksha Singh  whose Start-up aims to generate bio-energy by linking a community to a local biogas plant which would make use of domestic/kitchen waste, animal dung and human excreta together on a mass scale to produce biogas, organic manure and electricity. There were consolation prizes given to 3 more entries. Such kind of stage and competitiveness will definitely attract more talent with bright ideas.

The event ended with a thank you note by Chairman of Venture Park governing council, Mr Pramath Raj Sinha who also is founder of Ashoka University. The event was attended by 200 bright faces who were there to learn the art of walking on the tight ropes. And it was apparent that in the next conclave we might need a stadium to accommodate the bright Bihari brothers and sisters, who have a lot in store to contribute to this nation. 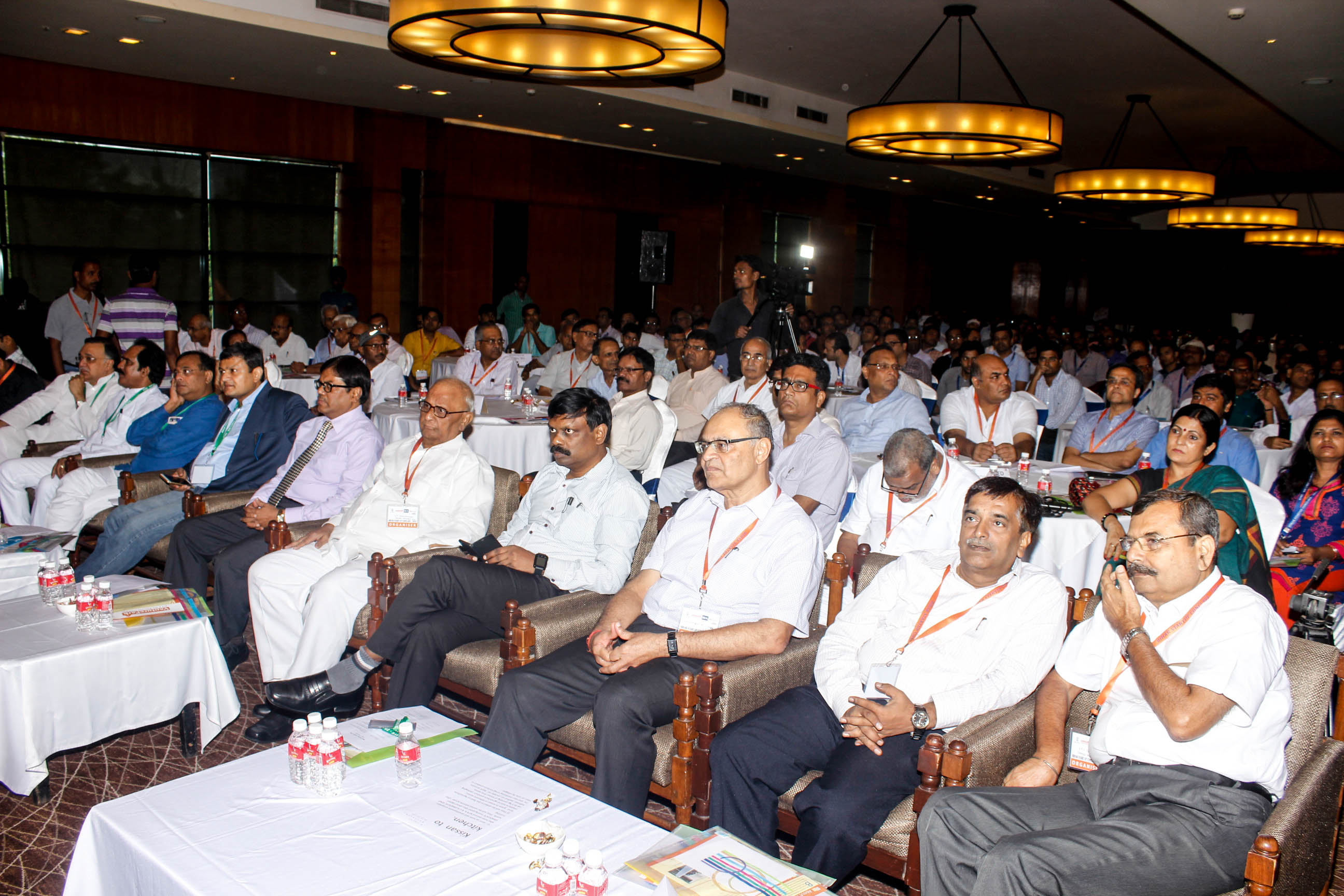 Bihar Start-up conclave and more such events are a live example of a seamless collaboration with Central and state government who have risen above political differences and are determined to give shape to a better tomorrow, where we are not dependent on government jobs, professional careers, corporates etc for employment. Instead there will hundred and thousands of fellow Biharis, who will doing their own bit by converting their ideas into business and giving jobs to skilled/unskilled workers who travel to all part of India to earn their bread.

a patnaite by birth , a punekar by work, after spending 12 years in Maharashtra for studies and career, moved back home to revolutionize banking and digital payment by driving mobile commerce business with Airtel. Love to cook and travel.. ghazals by Jagjit singh give me a high.. respect for fairer sex and senior citizens! always ready to contribute towards social causes like child labor, blood donation, animal rights, women empowerment, shelter for elders ..