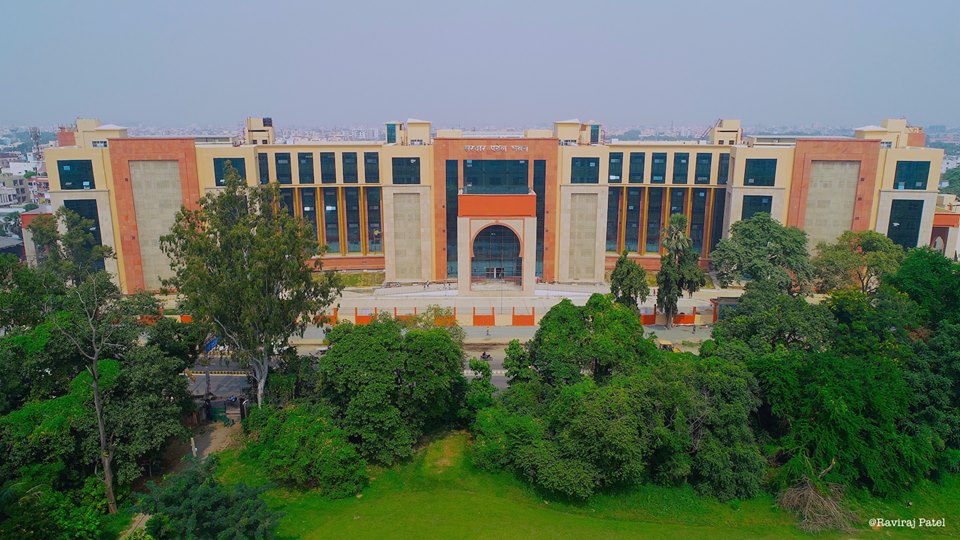 On Friday, 12th October, 2018, The Bihar state police headquarters finally got a new abode after a gap of over a hundred with chief minister Nitish Kumar inaugurating the newly built Sardar Patel Bhawan near Golf Club on Bailey Road with avant-garde facilities, which is first of its kind in Bihar.

The building is spread over around 53,000 square metres and built at a cost of Rs.305 crore. It is said to be the strongest structure in the state capable of withstanding an earthquake measuring more than eight on the Richter scale. The building also has an electricity backup for 10 days in case any disaster hits the state. Sardar Patel Bhawan, named after India’s first home minister Sardar Vallabhbhai Patel, has a helipad on the roof that will help the government machinery in emergency situations. The new police headquarters will accommodate the offices of all wings of the police and the disaster management authority. Prior to this, police headquarter was located at the old secretariat building since 1917.

“As the new building houses the offices of all wings of police and disaster management, it will be easier for the government machinery to work during any emergency,” Nitish Kumar said at the inauguration.

The seven-storey new police headquarters has solar power panels to conserve energy during the day, especially during the summer season. The CCTV cameras are installed at each corner and electronic security doors on all sides. Instruments have been installed to mark the attendance of employees through a biometric system. The complex comprises of a water treatment plant to carry out research on sewage treatment. The forensic science lab, which comes under the criminal investigation department, is also located in campus. 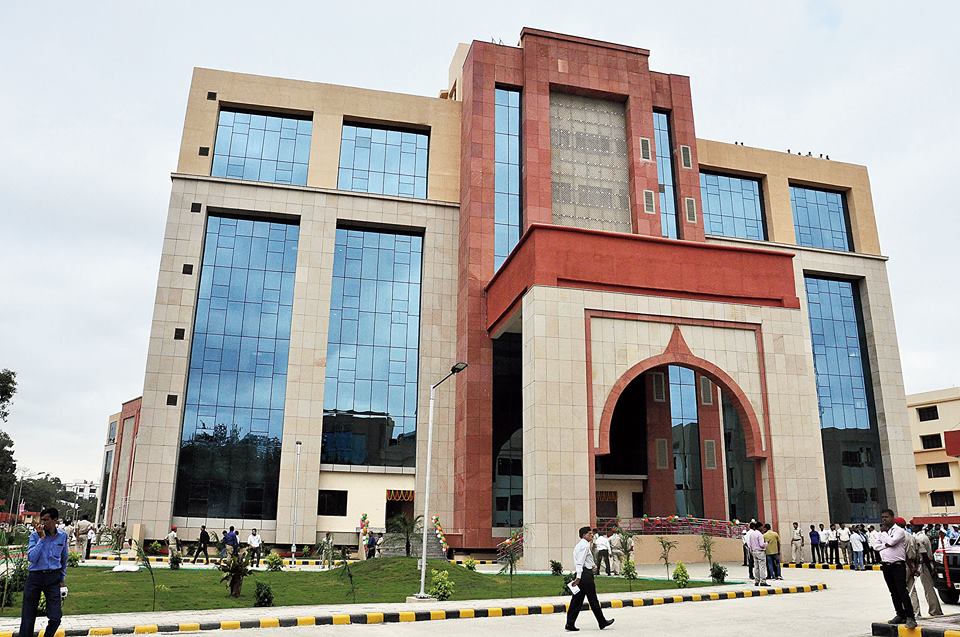 There are five blocks with facilities such as a transit hostel, a dormitory, a convention hall, an auditorium with seating capacity of 475 people, and a badminton court. The campus has the facility to park around 300 four-wheelers. The building has two underground water tanks of 3.5 lakh litres capacity each for fire emergencies. There is an emergency control centre, which will monitor the operation during any emergency from the headquarters.

The offices of different wings of the police will be shifted to the new building at the earliest. The chief minister also asked the Director-general of police K.S. Dwivedi to shift the offices to the new campus as soon as possible.