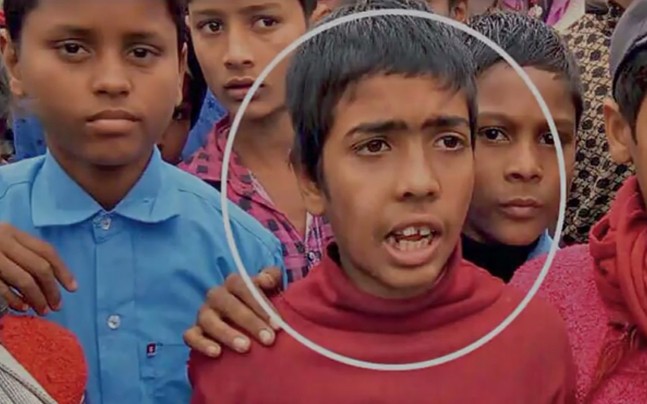 A 12-year-old boy in Bihar has redefined bravery after he flagged his red shirt to make the driver of a speeding passenger train stop the train from crossing a broken railway line. State authorities have decided to reward the hero boy.

Bhim Yadav studies in a government middle school at Mangalpur.

Class 5 boy — Bhim Yadav — has showed impeccable courage. He made the driver who was unaware of the imminent danger ahead stop the train on the track in West Champaran district.

He removed his red shirt and flagged it as he shivered in the blistering cold to save the lives of hundreds of people.

“That is indeed a brave act. We are going to reward him for his bravery which saved the lives of passengers. The reward could be in form of cash or citation. We are still deciding over it but one thing is sure, he is going to be rewarded,” the local district education officer Harendra Jha told the news on Wednesday.

According to Harendra, he came to know about Bhim’s bravery through newspapers and he shared the boy’s courage with his fellow officials too.

Bhim was going towards his orchards when he spotted the broken railway track on the Gorakhpur-Narkatiaganj railway line.

He ran as fast as he could on the tracks and flagged his shirt to make the speeding train stop which saved the lives of hundreds of passengers.

According to reports, the driver initially was clueless as to what was happening. When the undeterred Bhim intensely flagged his red shirt, the driver of the passenger train pulled the emergency brake which halted the strain midway. It was then when the driver learnt that the track was broken.

Bhim has always heard about the acts of bravery of the other boys in the area. The idea of doing something great was always growing like a tree inside him.

“Once I had visited a relative in the nearby village where the people were talking about a bravery of a boy. I too wanted to do something so that the society could discuss about me as well. I am happy to save the lives of the passengers,” the boy told the local media.