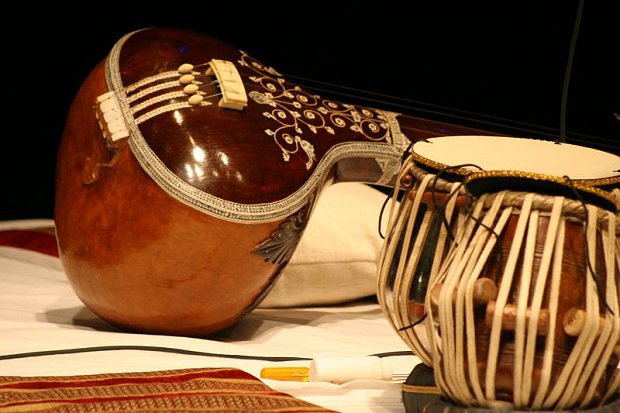 Bihar is home to various known schools of music amongst which Bettiah Gharana holds special recognition. This Gharana comes under the ‘Dhrupad’ form of singing and is said to be one of the oldest forms of classical music to find mentions even in Natyashastra (200 BC–200 AD). Dhrupad in Bettiah style is signified by the elegance of vocal delivery coupled with an emphasis on the composition.

This erstwhile royal court of Bettiah in West Champaran (Bihar), is said to have flourished during the 19th century but yet traces its origins to two brothers, Jasraj and Yuvraj Mallik, who served the court of the Mughal Emperor, Shahjehan (17th century) as vocalists and Rudra Veena players. They are said to have migrated from Dilli (Delhi) Gharana to Bettiah under the patronage of Bettiah Raj and thus had sown the seed of Bettiah Gharana. When they accepted the patronage of Bettiah rulers, they retained “Mallik ”, the title granted to them at the Mughal court.

The Court of Bettiah was the haven of music with intense compositional activity with at least five different lineages of dhrupad musicians actively composing and performing. This Gharana held a poetic form incorporated into an extended presentation style marked by precise & orderly elaboration of a raga. Artistes here perform the Nauhar, Gaurhar and Khandar Vani styles with some unique techniques that only those trained within the ancient-rooted families know.

It is said that after the end of royal patronage, many musicians migrated out of Bettiah; yet the tradition continued to flourish in Banaras. But, even though Bettiah gharana’s influence extended throughout Eastern India, this unique, historic and traditional musical form has been lately eclipsed by the dominant presence of the Dagar bani and has suffered the loss of circulation and intelligibility with modern audiences, and is in urgent need of both archival and sustainability efforts.