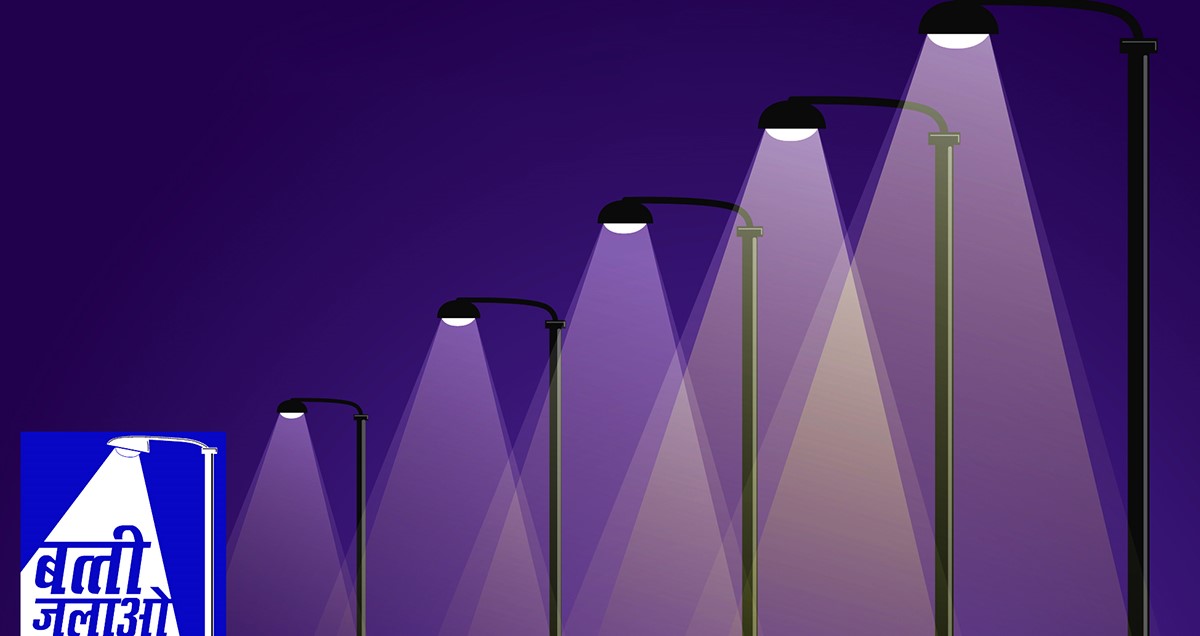 Patna is going through a lot of development these days both socially and economically. The progress is evident as the city is listed as the 5th fastest growing city in India and 21st fastest growing city in the world according to a study by The City Mayor Foundation (an international think tank dedicated to urban affairs). It has also ranked second in ease of doing business after New Delhi in a World Bank study. Reasons behind such a recognition are the growing opportunities in the job market, development in infrastructure, better roads, good educational institutes as well as the availability of cheap labour and raw material. Such developments are creating more and more opportunities in Patna and this is a positive step towards tackling the issue of migration from the city to other states.

With an intention to further improve the infrastructure and provide a better security to the people of Patna, another great campaign is going on in the city with the goal of spreading light to every corner of the city. Under this campaign, named as ‘Batti Jalao’, a total of 75,000 LED streetlights will be installed in Patna. Out of these 75,000, 36,000 lights have already been installed, and rest will be done by the end of October 2018. On an average around 1500 lights are being installed every day. These lights are being supplied by EESL on annuity model. However, they are doing an open bidding process for the procurement of lights. Time and again it has been noticed that these projects start good but ends badly. We all have heard the saying that “Kuch Dino Ki Baat Hai, Fir Sab Waise ka Waisa”. No, not this time as the agency EESL has been given the responsibility for the maintenance of these streetlights. They will be maintaining all the lights for the next seven years. They have a team who will themselves find the faulty lights and rectify them. They have also provided contact numbers- toll free number 18003456644 and WhatsApp number 9472223909, where the general public can register their complaint, and it will be rectified within 24 hours. 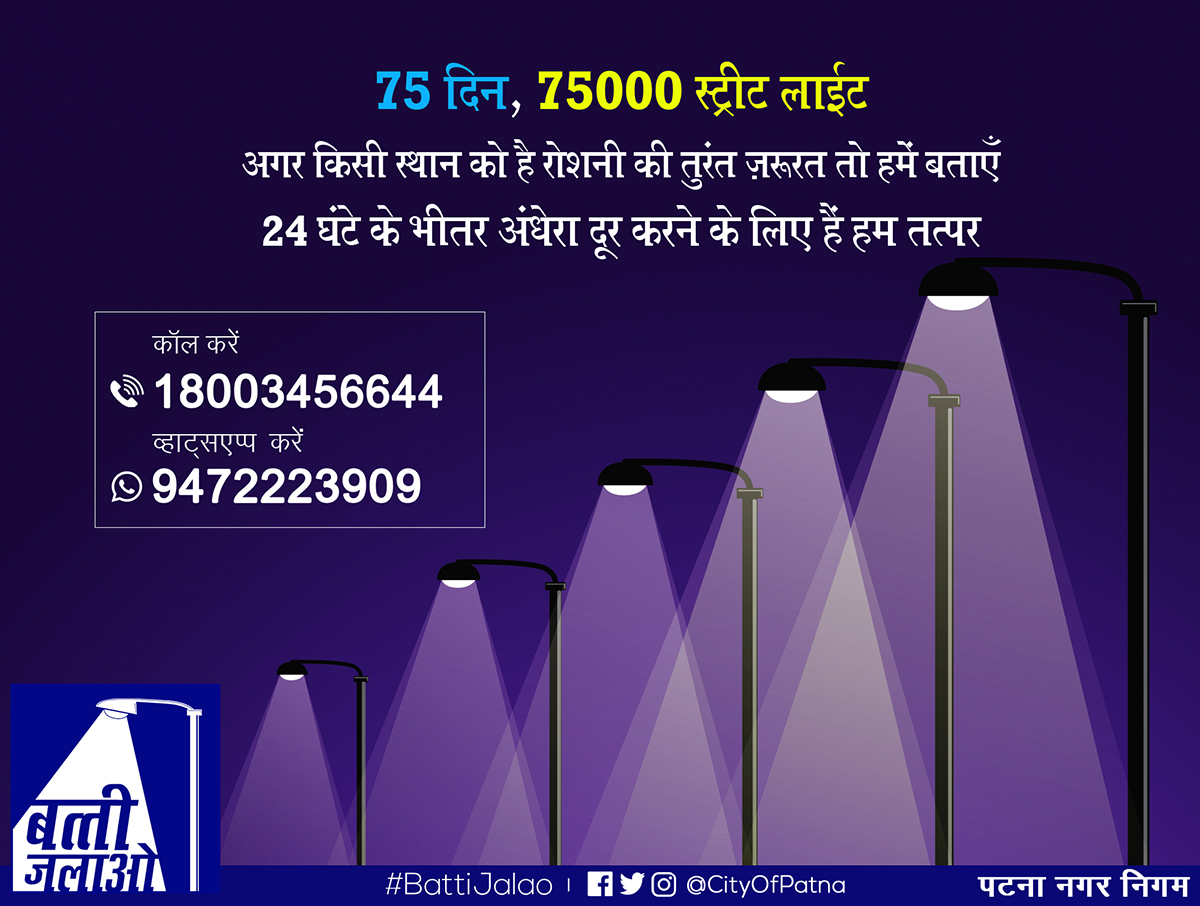 The “Batti Jalao” campaign is a part of the nationwide project Street Light National Programme (SLNP) running in several ULB’s of around 29 States & Union territories. This initiative falls under Ministry of Power (MoP) at the central level and Urban Development & Housing Department (UD&HD), Bihar at the state level. In Patna this campaign is the result of the was joint efforts of PMC (Patna Municipal Corporation) and EESL (Energy Efficient Services Ltd.) officers. This Batti Jalao Campaign’ was signed under Street Light National Programme (SLNP) on 6th Feb 2018 whereas the installation work started in June.

Branded LED lights like Philips & Surya will be installed with the help of a skilled team of labourers. These lights are energy efficient and environmentally friendly. Under SLNP more than 68 lacs LED street lights have already been installed in the country saving energy up to 4574 Million Units (MUs) and also lead to the reduction in GHG emission by 3.15 Million ton CO2. Under the monitoring of Patna Municipal Corporation as well as the active support of EESL officers, the project is ready to show his effect and make every street of Patna brighten. There were several problems emerging every day, and the project team has to solve it if they want success. For example; the electricity wire went through most of the city has a very low height, which is obligatory for lowering the height of these lights, results in lesser impact.

“The projects will save an immense amount of energy, and any corner of Patna which didn’t have light before will be brightened”

Installation of these LEDs will not just lighten up the streets of Patna but it will also:

-Reduce the cost of energy consumption

-Optimise Operational Performance as these lights are equipped with a timer or sensor which automatically switch off the light when not needed.

-Enhance the security aspect of the public as better lights will provide better visibility which can lead to less accident and crime.

-They have less maintenance, which can save our operation and maintenance cost as well as increase the lifetime of these lights.