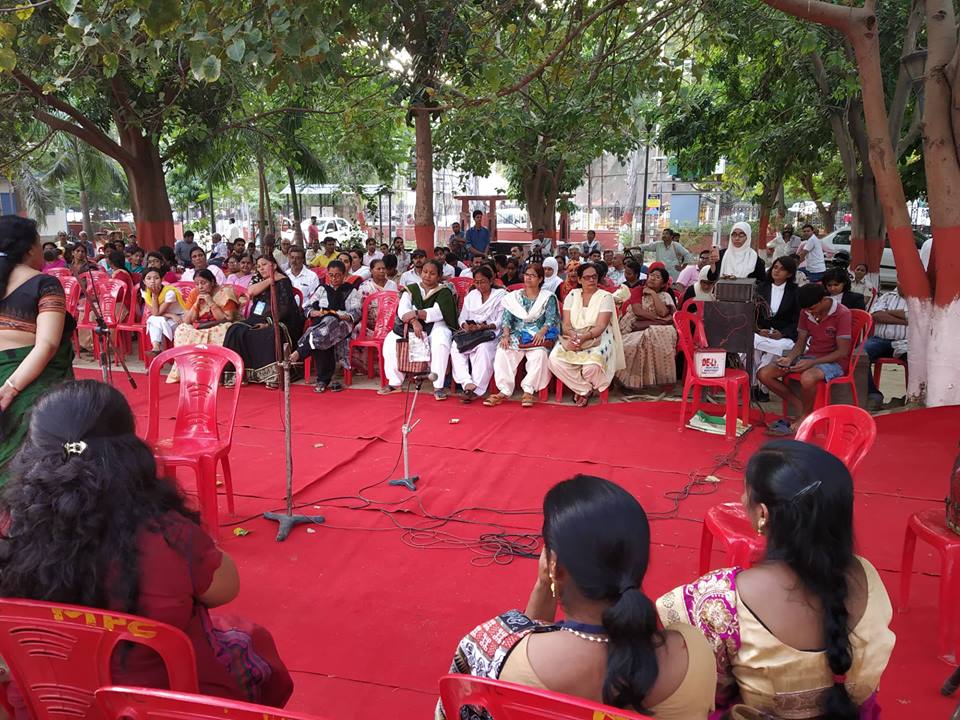 Nivedita Shakeel, senior journalist and activist, started the event by addressing the crowd and informing them about the the whole movement of “Baatein Aman ki”.

“This movement is about the growing differences between the people, atrocities faced by women, exploitation of women’s rights and their freedom of expression. This is high time that we should come together and raise our voices against it.”  said Nivedita Shakeel.

The special guests of the event were:

The “Nari Gunjan Sargam Band” performed at the very beginning and lightened the mood of the audience.

The cultural performances were started by the singing performance of IPTA group. They voiced the famous poems of Faiz Ahmad Faiz and Kabir. Sumanto Banarjee performed Ravindra Sangeet. Tribal folk songs and dance, performed by the women of Domestic Helpers Union, added the charm to the event.

In the end there was a encouraging performance by IPTA troop and then Pooja gave the thanking speech. The event was hosted by Nivedita Shakeel.