Asrar Jamayee, the forgotten star of Urdu poetry who was once the guest of President of India
Skip to content 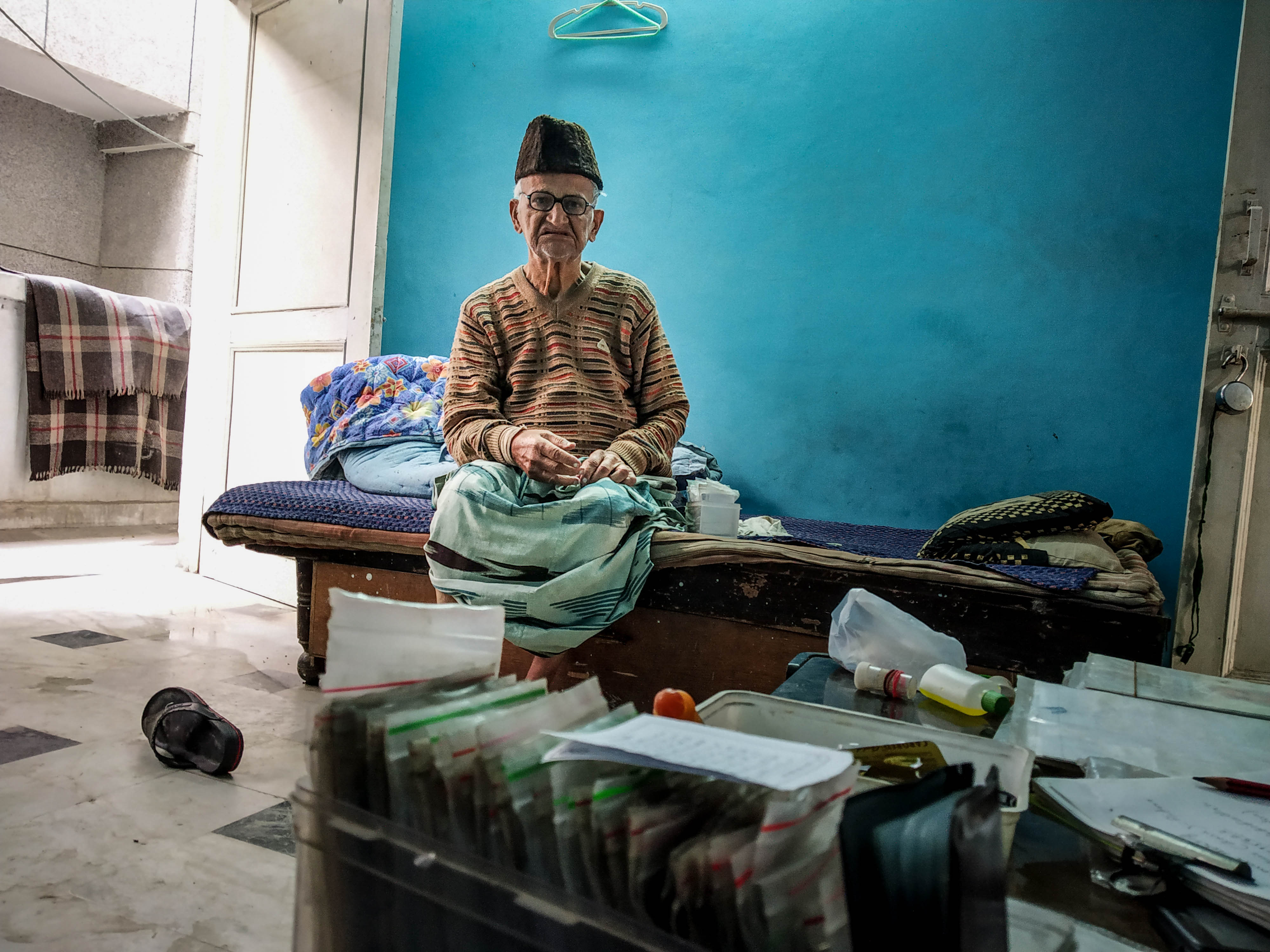 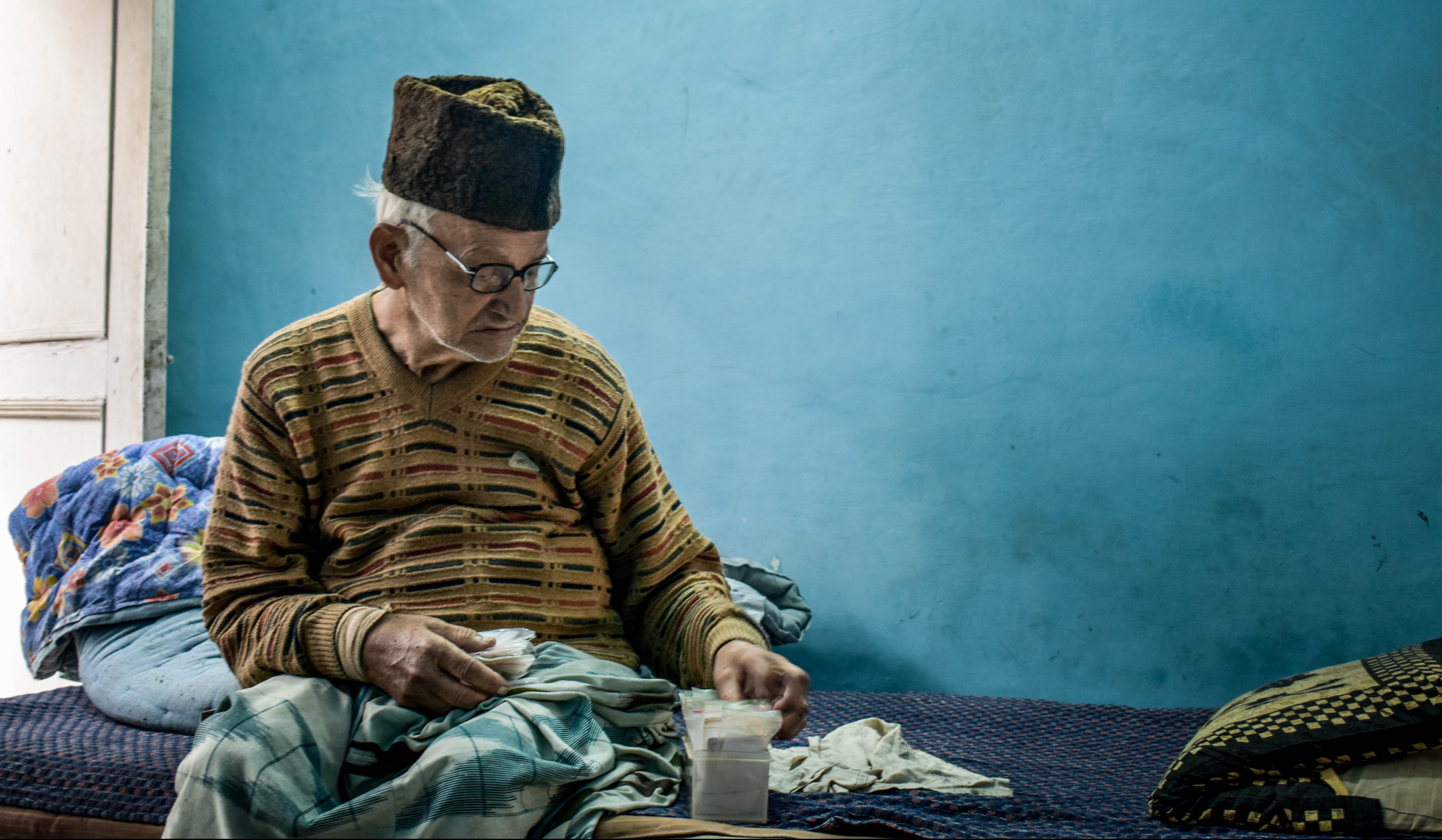 These are not my words. This was the sentence written on the cover of a poetry collection, Tanz Pare penned by a famous humorist poet from Patna, Asrar Jamayee.

Asrar Jamayee is a widely acclaimed Urdu poet of his time. Born in 1937 as Asrar-ul-Haque in Patna, Bihar, Asrar Jamayee’s father Syed Wali-ul-Haque was a Zamindaar in British Era, who took part in Khilafat movement and also was a companion of Mahatma Gandhi and Md. Ali Jauhar.

Jamayee went to Delhi for his further studies and was tutored under the guidance of Dr. Zakir Hussain, the marked Urdu scholar who later became the third President of India. Dr. Hussain advised him to pursue Engineering and also encouraged him to recite his poetry publicly. As advised, Jamayee started reciting his poetry at various public gatherings in his college days. This is when he started using “Jamayee” as his nom de plume.

Things were going smoothly and Asrar Jamayee was living his carefree college days but destiny had other plans for him. One day he got the news about his father’s demise and halfway through his Engineering course, he returned back to Patna. This tragic loss shook him completely and he suffered a lot, both mentally and financially. Property disputes between the family put an enormous strain on him. After a while he lost his mother too. For livelihood, Asrar Jamayee started giving coaching to IIT and Medical aspirants.

Also Read: Gary Boyle, one of the greatest guitarist of the world was born in Patna

During his days of agony, poetry became his only companion. Exasperated by the circumstances, he decided to never get married and to dedicate his whole life to his first and last love, Poetry. 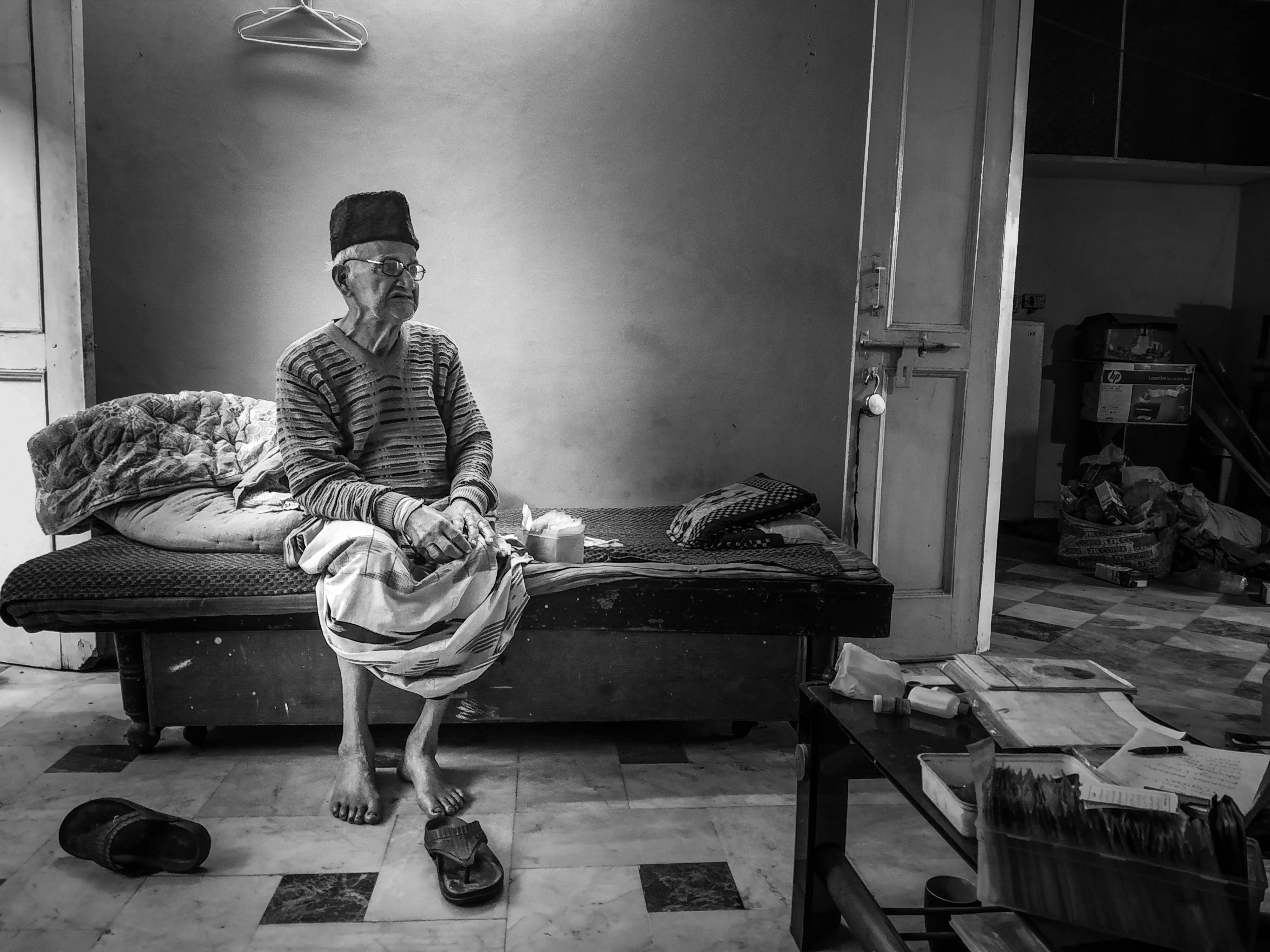 After spending few years in Patna, Jamayee returned to Delhi but only to find that his room in Jogabai Extension in Jamia Nagar was captured by goons whom he could not fight. Anyone trapped in a situation like that would ponder over the materialistic possession that he left in his room but Asrar Jamayee pined for the loss of his books and writings.

But the best and probably the worst thing about time is that it changes,  and so it did. Jamayee kept penning down verses and reciting them at various mushairas and his stature continued to grow simultaneously. He published four volumes of poetry collection and few booklets on Indian history. He also used to bring out an entertaining Urdu Fortnightly named “Post-mortem” which contained caricature about who’s who of the city which helped him getting quick notability.

Jamayee, in his heydays, used to carry slips having satirical couplets written over it, and used them as his visiting card. He still have them at his residence and loves giving them to those who visits him. 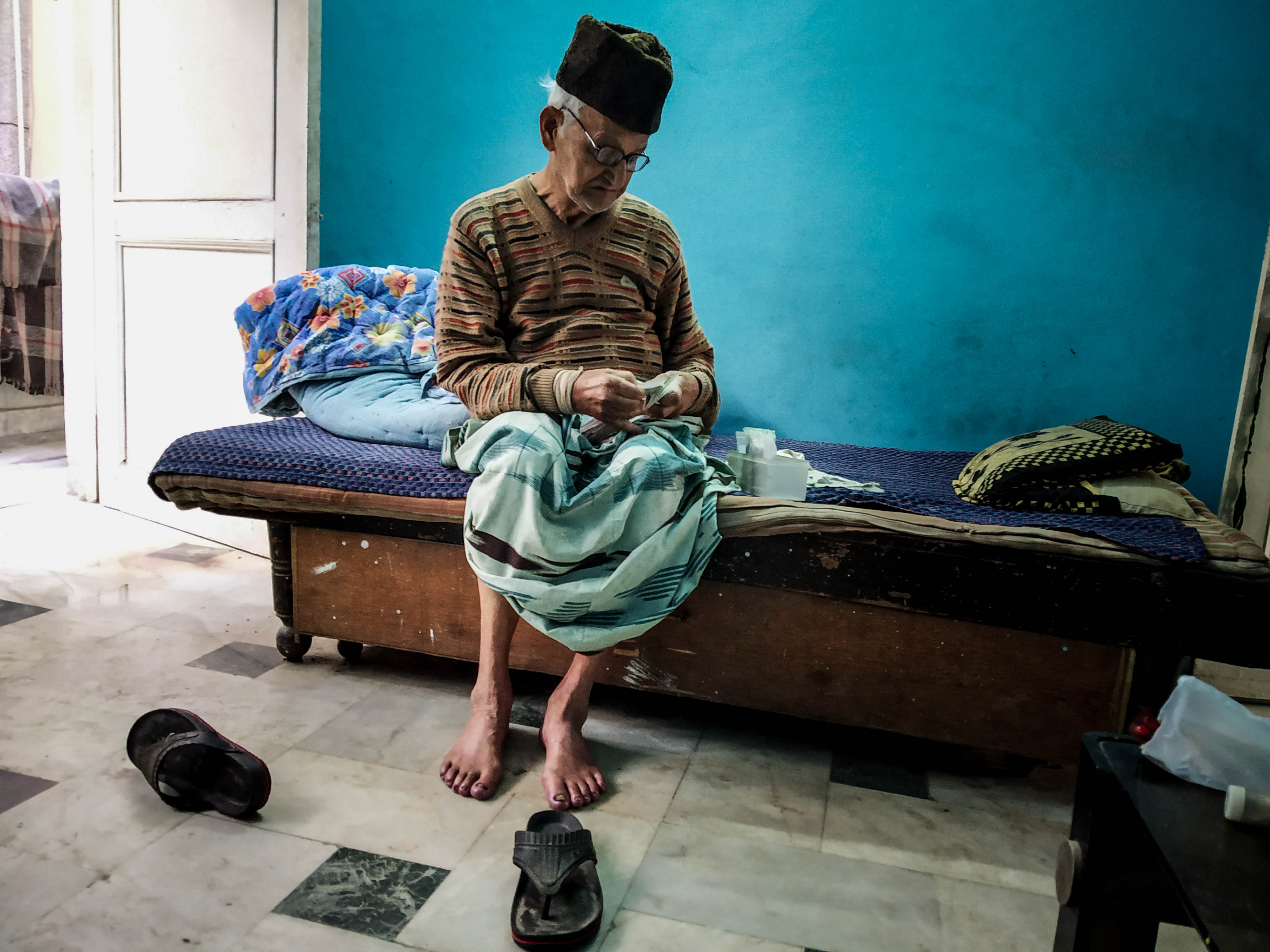 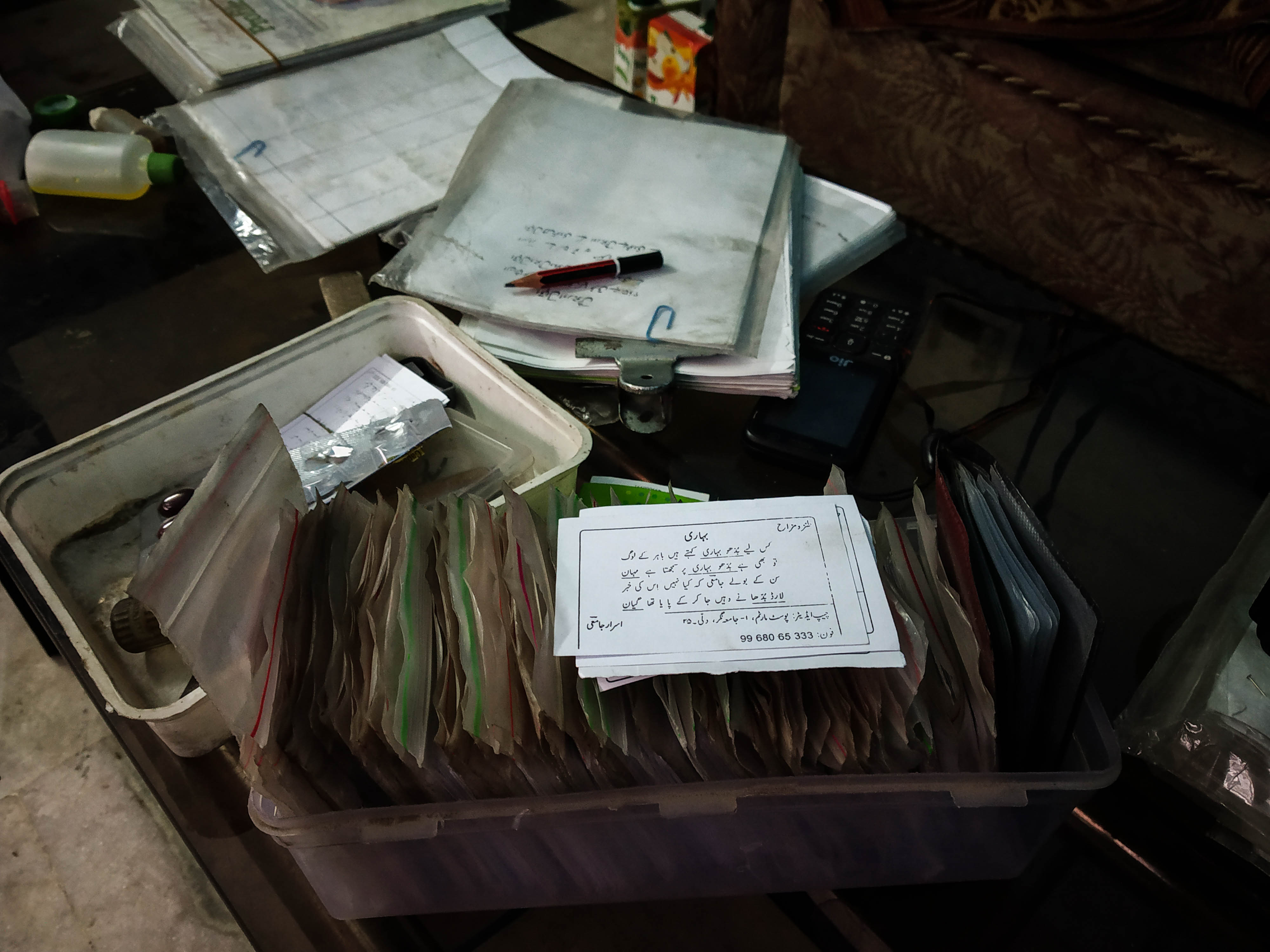 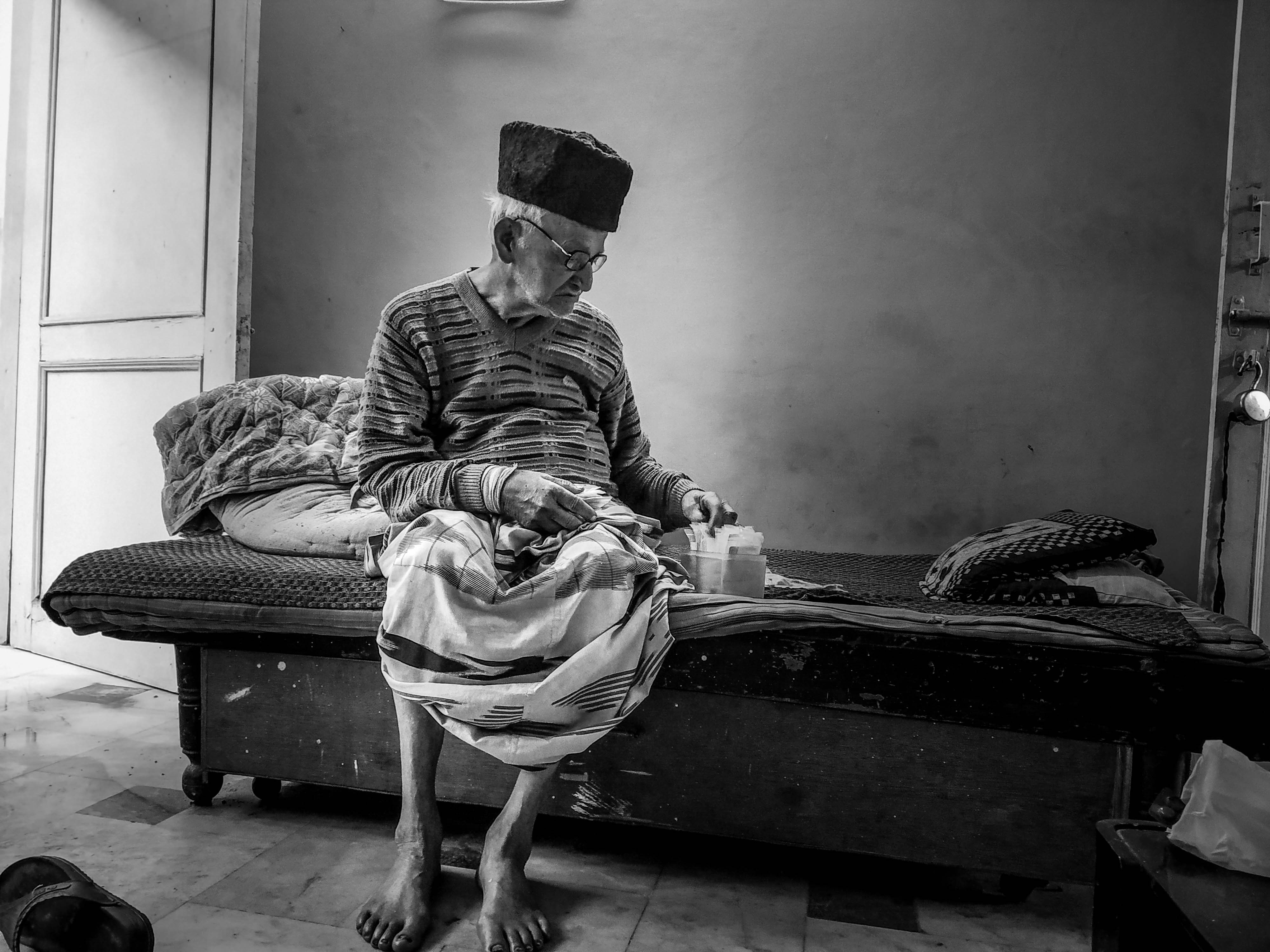 One such couplet, which is quite popular and many of you might have read it on social media and WhatsApp also, comments about paucity of drinking water, it read:

The generous artist who calls himself a Cheap Editor had a quite remarkable list of fans which included the heavyweights of Indian politics like former Prime Minister Rajiv Gandhi and former CM of Bihar, Karpoori Thakur who hosted Jamayee. He has also been a guest of the then President of India Dr. A.P.J Abdul Kalam.

In his poems he includes few english words to make it more fascinating. This technique was polpularized by great Indian urdu poet Akbar Hussain Rizvi, popularly known as Akbar Allahbadi, who was also famous for his sharp satires in poetry.

Talking about the present time, Asrar Jamayee, who lived through partition, is 81 years old, lives in a dull room provided by a friend’s son in  Batla House locality in Jamia Nagar. His health is deteriorating and his economic conditions are bad as well.

“Few months ago, Jamayee sahab had an accident in which his bones got damaged and he’s still on bed because of that. He is a very social person. When he was able to move around he kept meeting people but after the accident he’s unable to do so. An organisation, Jamaat-e-Islaami provides him food, three times a day.” 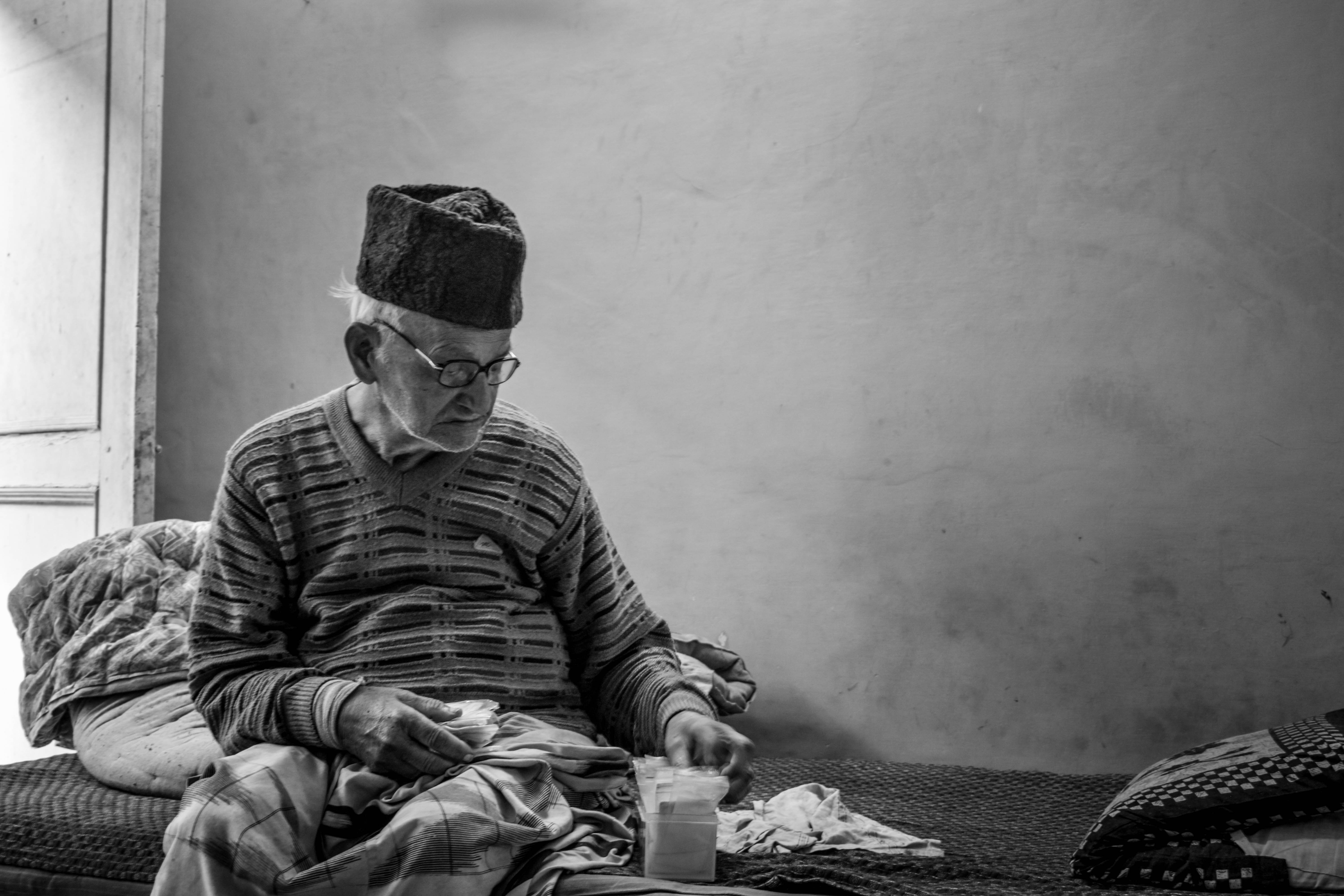 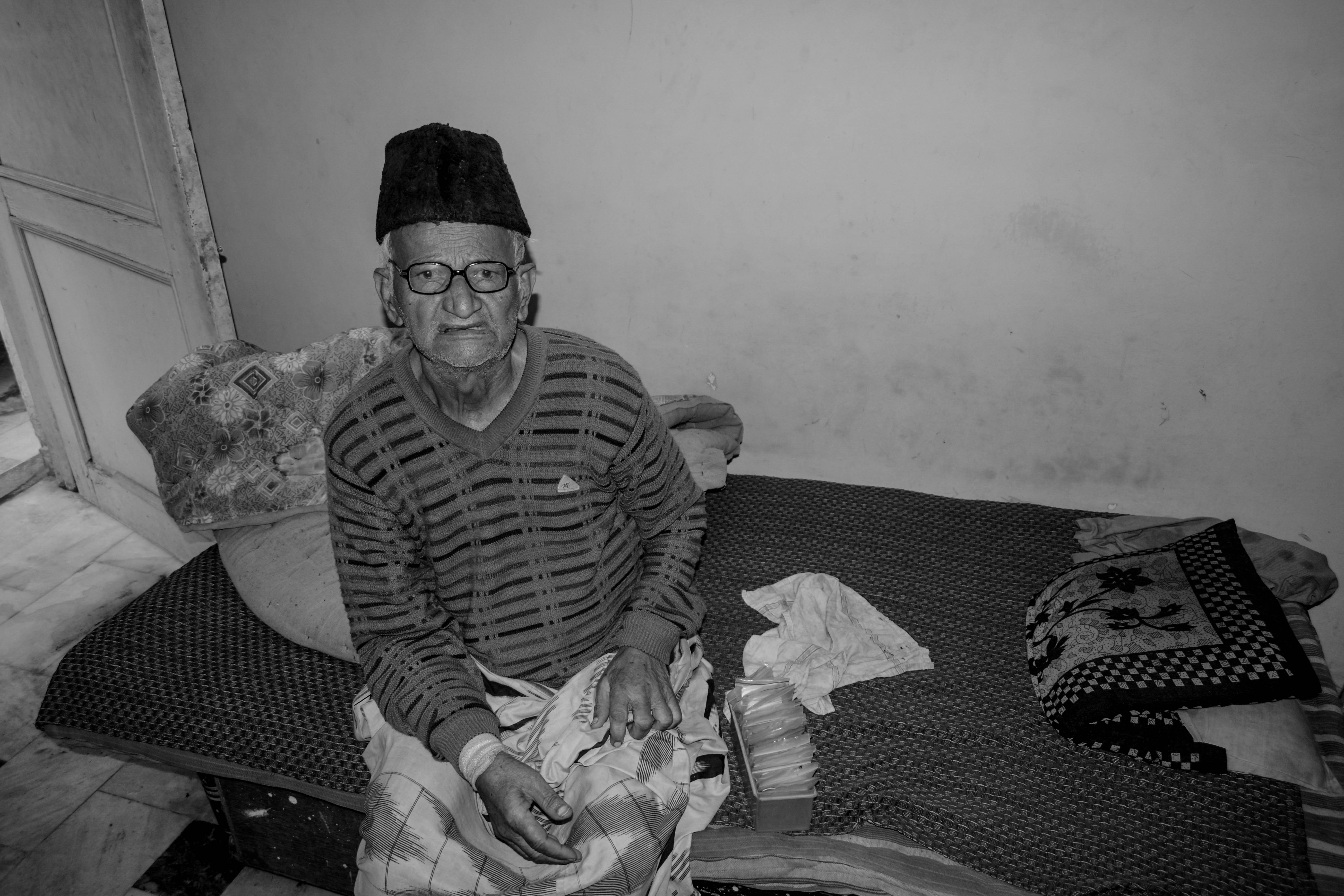 Gone were the days when he used to put on his loud sherwanis and Kolhapuri caps and charm the huge audience of mushairas with his wit. Once awarded by Dr. Rajendra Prasad, the first president of India, Jamayee is now struggling to afford even his monthly expenses. In his gloomy room, he stays alone. A heap of his newly published book containing his humorous poems, lies under a thick layer of dust that he has been trying to sell for his survival. Seeing the state of him is heartbreaking. Jamayee has dedicated his whole life for the upthrust of Urdu adab. Till recently, he used to get invited to the mushairas and poetic gatherings but now, no one invites him as he is considered too old. Even today, while he is able to walk with a lot of difficulty, he distributes these couplets to his acquaintances, especially the ones he likes. He might be poor in his economical status but he has a towering self-esteem which makes him rich in his own ways.

Recently several organizations tried to raise funds for him to improve his condition. But due to ignorance by either literary societies or the government, the poet has been finding it difficult to sustain himself.

(“How does one realise

the true worth of an artist?

When his coffin is being shouldered, only then.”)