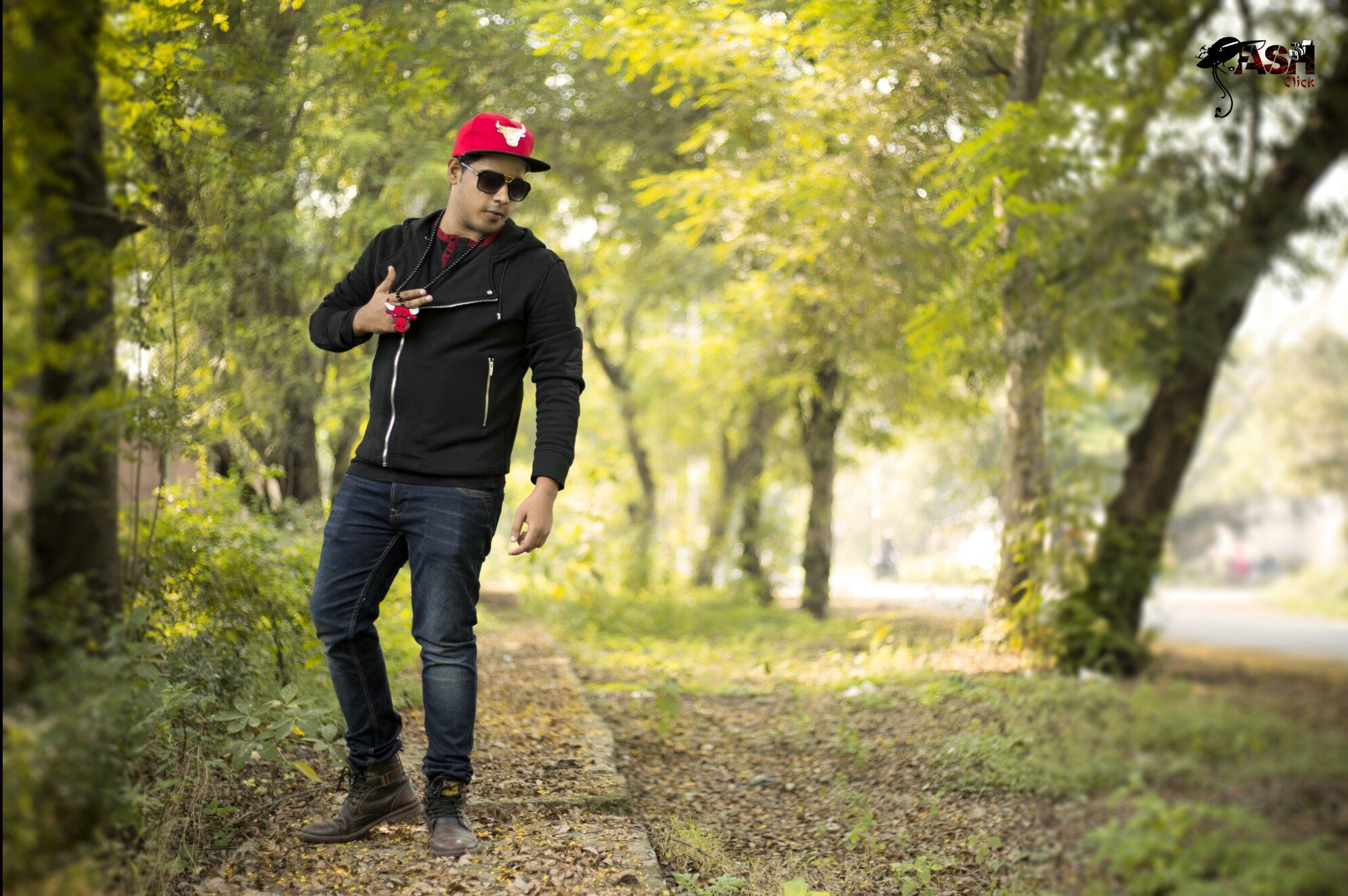 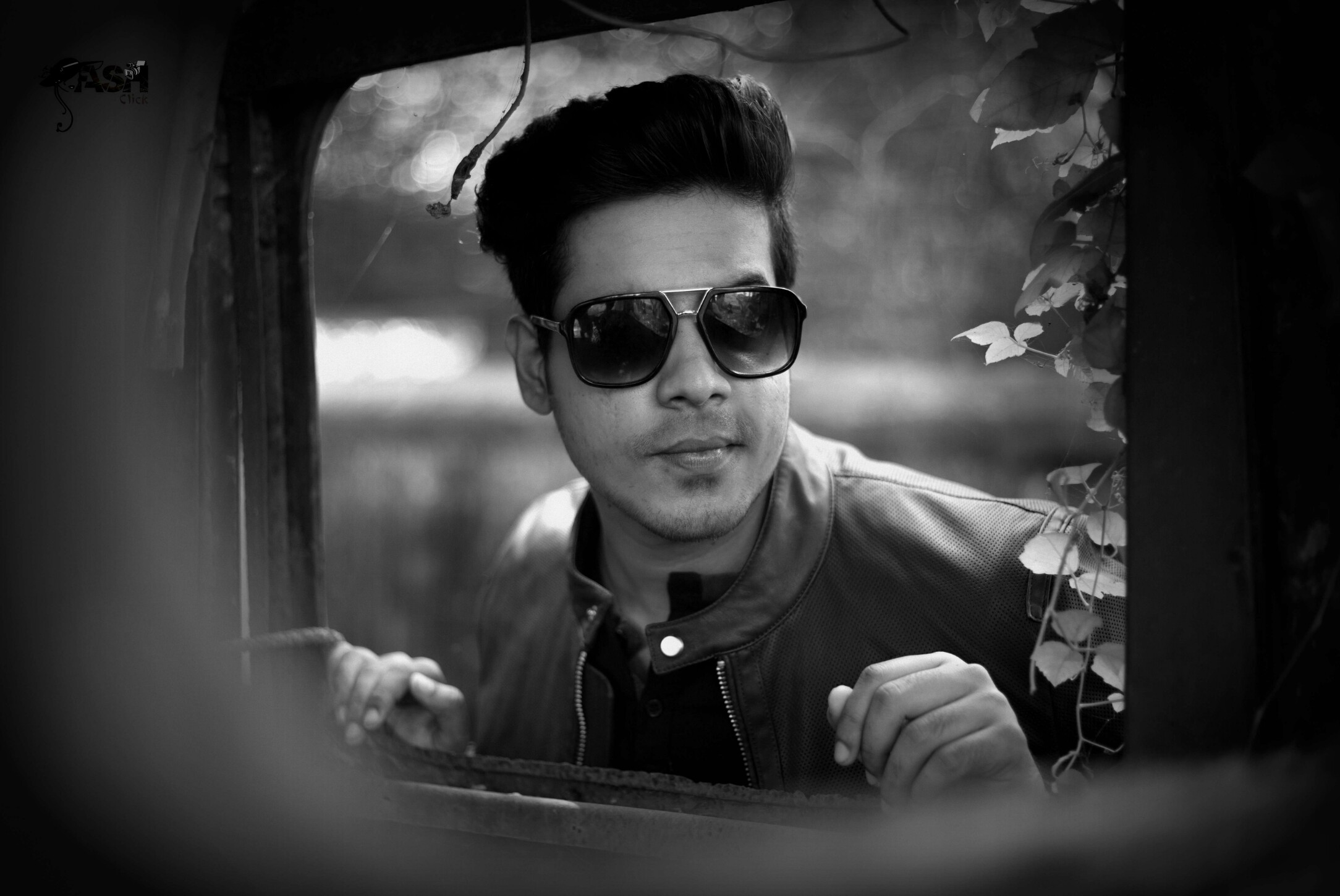 Abhishek Kumar Gupta, popularly known as Abhishek Talented was born in Sahibganj and did most of his schooling from Patna.  From an awkwardly shy Kid to becoming a Head Boy in school and then Rapping for the city’s most popular Radio Station- This teenager has evolved to make sure you don’t miss liking him.

When asked why does he use ‘Abhishek Talented’ (which is self applauding and might create a negative image) as his stage name rather than his Real name (Abhishek Kumar Gupta), he slided in a confident and fitting reply.

“Most of the rappers have a stage same. So do I. I know its kind of bragging to name myself as ‘Talented’ but I am working on it and one day I will prove everyone and they will address me with this name without a hitch.”

An above average student, he used to participate in Dance competitions, occasionally representing his school and was not known for his rapping back then. 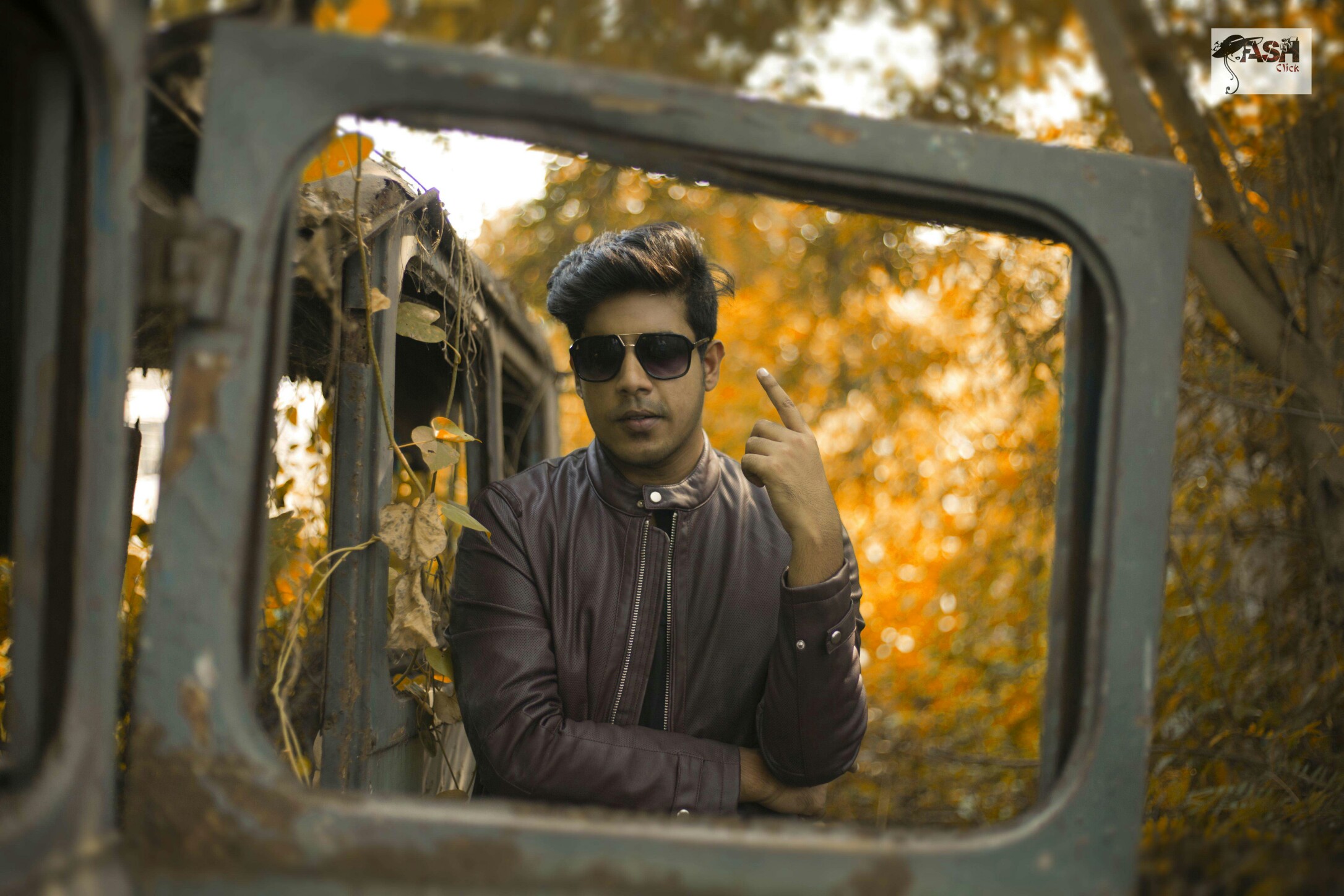 “When I reached my 12th grade and started preparing for my JEE entrance examination, I started listening to songs – music from around the globe including rappers of different style. And because I was a dancer I realized I could correlate, catch the beats and write ‘hip hop’ myself.
Earlier I used to upload my songs on soundcloud and perform in my school  but I was hardly known. One day RJ Shruti called me up to her office after checking my Rap that I uploaded on facebook named ‘Hum’ which was about protests and people started recognising me.”

PatnaBeats: How was it working with a Radio?

Abhishek Talented: Its interesting. RJ Shruti asked me to write something and the Janmashtmi was around the corner. I was given 7 days time to prepare for it. I came back from the Radio office at 7 pm, asked my mom everything about Krishna and my song was written by 2 am. I was so excited that I sent my song at 3 am to the marketing head of the Radio Station. I was put on air with the RAP on Janamashtmi and after that things were on the up and up.

What makes you different from other Rappers?

My recent video which released on the eve of Janmashtmi was about Krishna and is India’s first ever Hindi Rap on Krishna. This has never happened. I am continuously working on my vocab and trying to enrich it as much as I can. Raftaar Paaji has also shared the video on his official FB page acclaiming my vocab and the style of writing.
Adding further, the rap scene in India has now evolved and being praised all over. This is my humble effort to bring it to the notice of the country that Biharis too are in the thick of things when it comes to rapping.
I being the first on this particular endeavour (from Bihar) makes me feel good and I am proud of it.

How does your Mom Feel about your Rapping?

My Mum is the person from whom I get the most sincere of comments. Normally if I show my work to someone, he would appreciate me for trying something new. But my Mom would straight away say what she thinks about it and why. There has been time she has walked out of an auditorium because my performance wasn’t good.
She is the person who makes sure I am grounded, no matter what I achieve. She makes sure I reply to every message I get. And she is even ready to reply to all the messages if I am not able to. 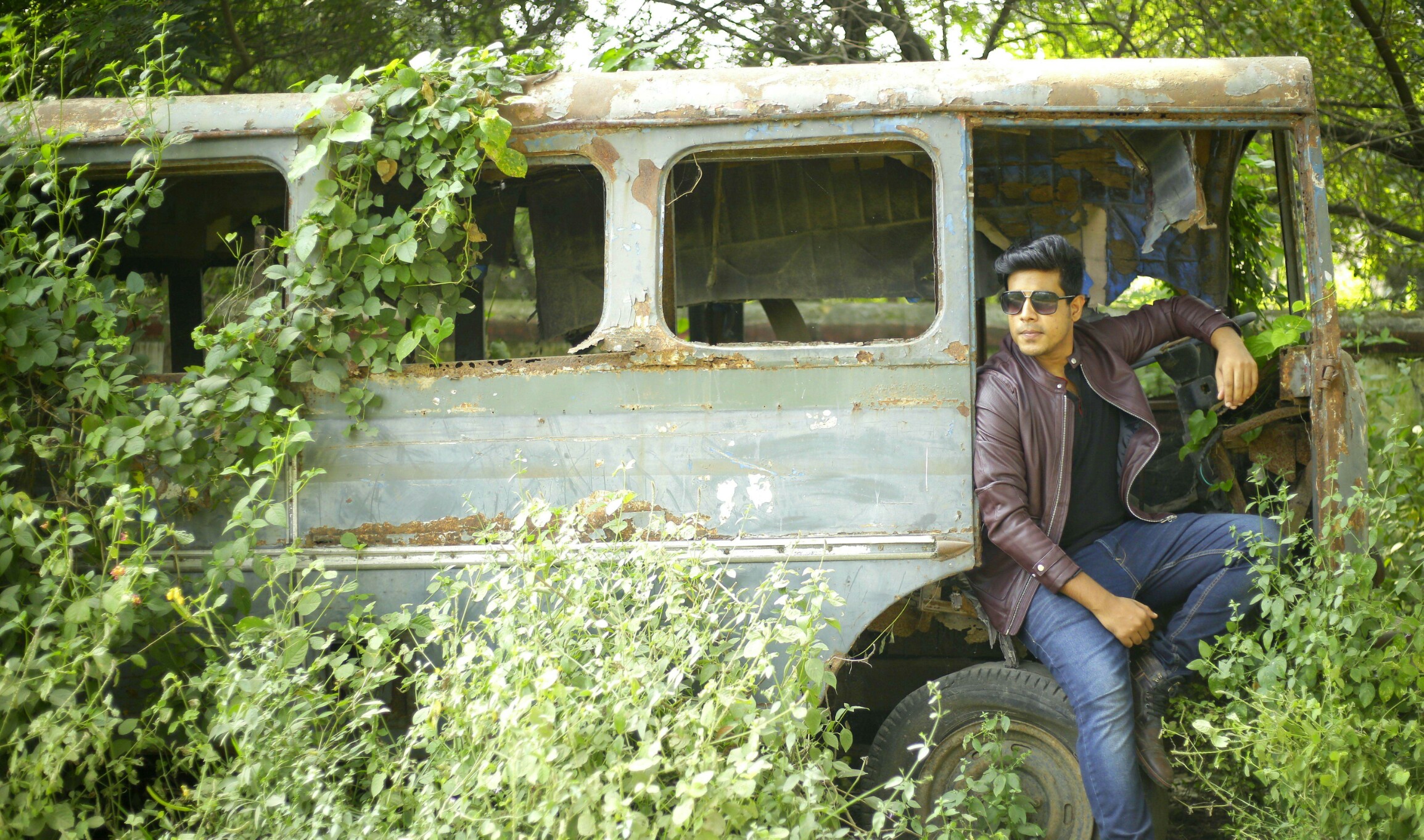 What about your Dad?

My Dad is my inspiration. He works for Police but he has an extremely heartfelt inclination towards music. No matter what his day was like and how hectic it has been, he makes sure he practices on his instruments everyday after work.  He was also casted as a ‘Police’ in several episodes of ‘Savdhan India.’
Even my mom is a very good singer herself. I got my music from my parents. Its just that the realization took some time.

Studies, Performances and Promotion. How do you manage all these together?

My friends Shiv, Mandal, Nipun, Rajeev and Avinash deserve all the credit for whatever I am today. They make sure I manage my studies and performance together. They reach the venue hours before my performance to see if everything is ready and in place as per my need. They keep motivating me all the time; back me up with strength and support. They made me a star even before I was one. They have lived my dream with me.

You are breaking the stereotyping about Bihar and Biharis. How does it feel?

There are various places I have performed and when I mention people that I am from Patna, their first reaction is “Lagte ni Ho”, “Wahan hota hai ye sab?” Even when I perform in Patna people are amazed to find that I m a local Boy. And this is what needs to be changed. Not just in Patna or Bihar but everywhere.
What people don’t realise is if one starts to jot down bad things about Bihar, they will only be able to write a page, but if you start to write about the good things, you will write a complete book, which is pretty much the same with every state I feel. Thanks to stereotyping, we have been suffering mindless accusations for years. But it needs to change and it will surely because of the kind of effort people like you are putting.

What subjects do you prefer writing on?

I pen down on almost every subject I am aware of. Presently, I have around 250+ lyrics spanning different subjects . From hardcore rap genre to freestyle verses, from political and social subjects to love raps, from patriotic to commercial party ones i have written all kinds of tracks. There’s lot of more to invent and pen down on. 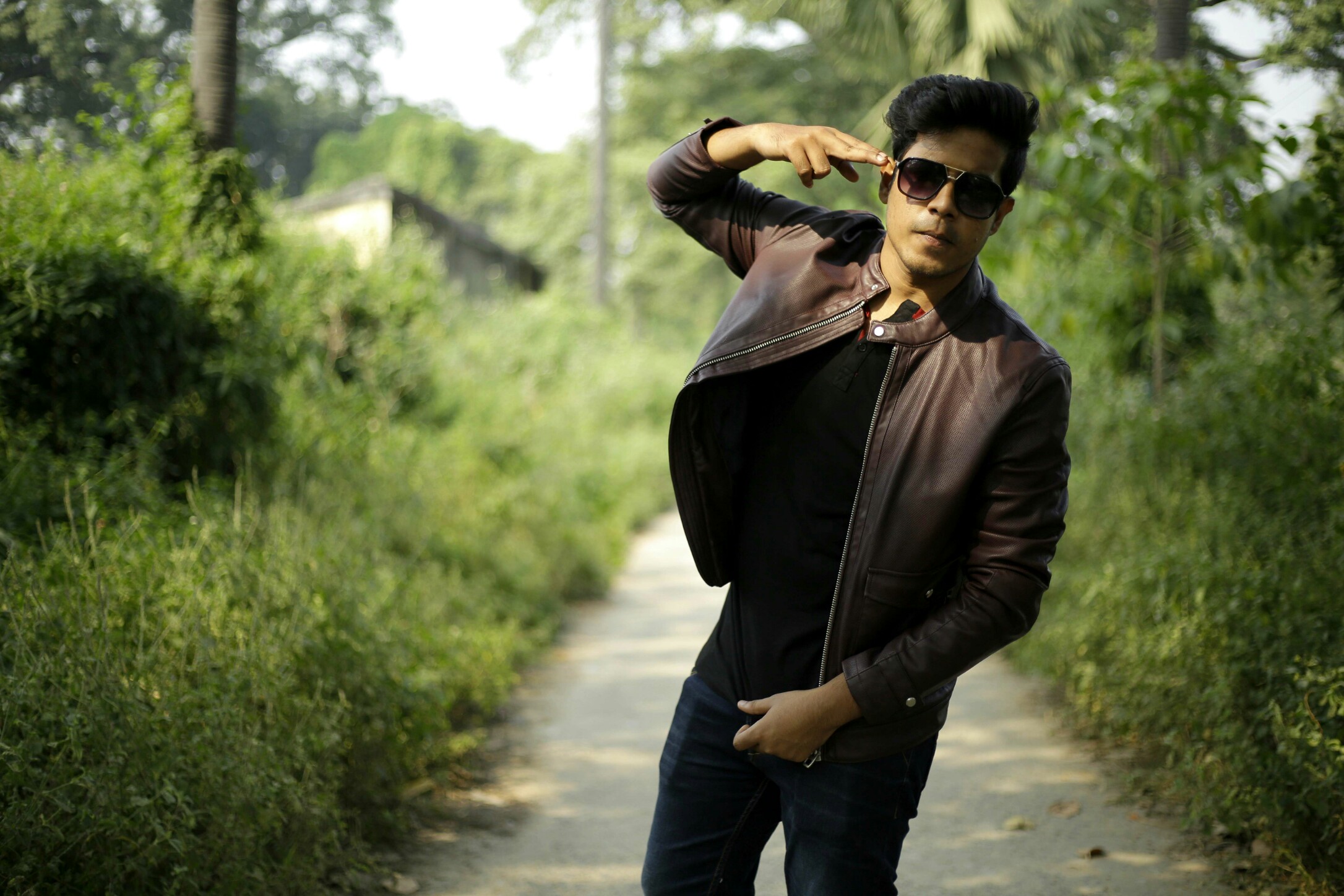 Tell us something about your upcoming projects?

I am working on another song which is on Lord Shiva. It will be released in the coming months. I also want to write a RAP that would highlight all the good things about Bihar. There is so much negativity in people’s mind about Biharis. I want to change it. Or at least try to change it.
There’s also some party bombers on the way and hopefully you’ll love them.

And the wait is over, watch his amazing Krishna Rap here :