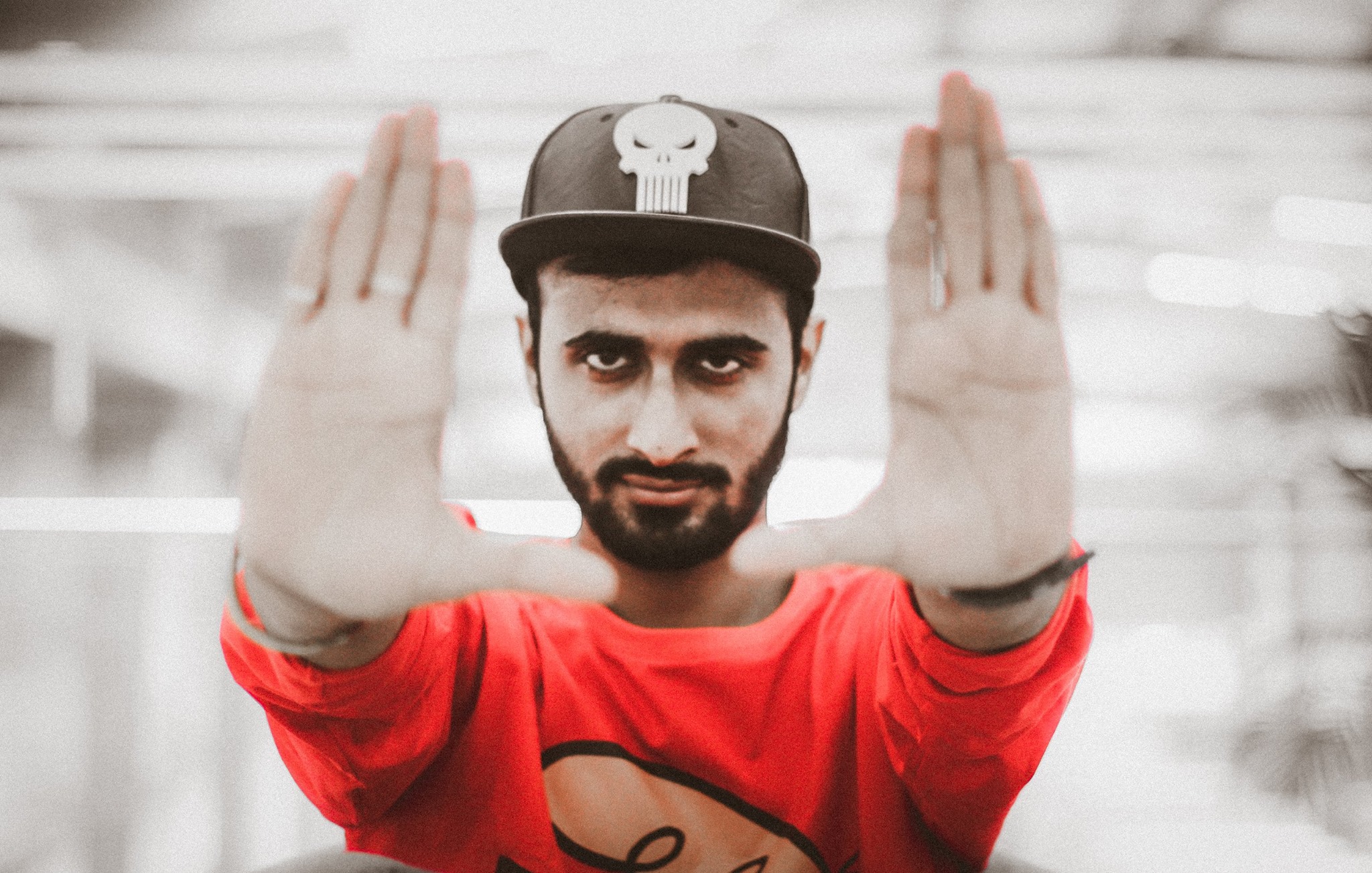 This dialogue from 3 Idiots is symbolic to our lives as, at a certain age, we all have wanted to convince our family for something we wanted to do. Though some of us had the courage to speak up, most of us had not. Abhinav Anand or you must be knowing him from his character “Bade” from The Screen Patti, was one such person who was in a similar dilemma for three and a half years. A civil engineer by profession, Abhinav rejected his internship at a famous YouTube channel, The Viral Fever aka TVF. After a while he realized that he’s not made for engineering and acting is his true calling. He took a giant leap over his fears and told his family about his passion. And guess what? Right now he’s one of the popular faces from Indian YouTube scenario. Hailing from Forbesganj, Bihar he says that observing the characters back in here (Bihar) and imitating them in front of the camera is one of the reasons he’s able to entertain so many people.

In a recent chat with PatnaBeats, Abhinav Anand confessed so many anecdotes from making his spoof “Gangs of Berzogaar” in a budget of Rs. 60 to getting a job as an assistant director at TVF.  Here’s the full interview: 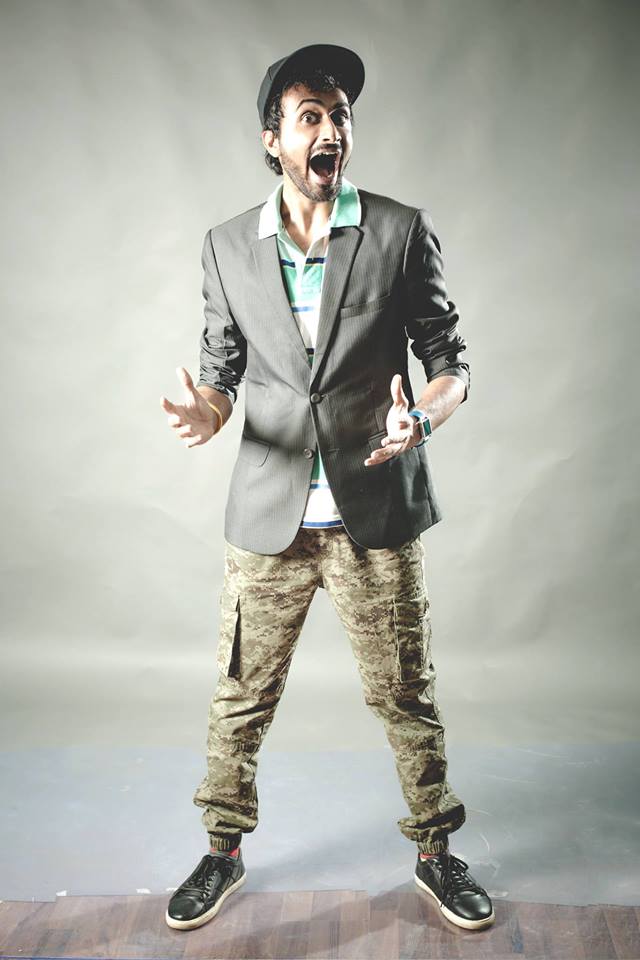 From the streets of Forbesganj to getting into persistently flourishing internet entertainment industry, how did you get in? What’s your story?

I come from a village named Jaynagar which is based near Forbesganj City of Bihar. I stayed there till I was in 6th standard and then as my father got a transfer to Agra, my family shifted to Agra. I remember when I was in 3rd standard, I sang a song in my class and children from other classes were gathered to cheer me up. That was the first incident when something like that happened to me.

When I came to Agra, I got into dramatics as our dramatics teacher was very nice ad used to encourage us for extra-curriculars. Though I used to perform in annual functions but I was known for my mimicry in my school. I used to make sounds of different animals and this is something I really enjoyed.

Though I was an average student during my school I studied really hard for my 10th board. Results were declared and as I expected, I scored really well. That was the first time my family was proud of me because of my academics.

When I was in 11th standard, I performed in the Farewell party for our seniors and family was fascinated to see that. But like any other middle class family, they wanted me to keep these things aside and focus on my studies. As my father was a civil engineer, I was supposed to study the same. Though I wanted to get into the entertainment industry but I didn’t know how to get in so I followed the pursuit. Once I finished my 12th, I went to Kota to prepare for engineering entrance.

It was 2009-10 and there was a buzz about cafes in Kota. Students used to go there and watch video games, but I loved watching movies there. It was the time when 3 Idiots released and that was something I could relate to. Though unlike Farhan, I could not gather the courage to speak up to my father about my passion.

I sat for my engineering entrance and as expected, I could not get through. I took admission in KIIT for engineering course and went to Bhubneswar. I met new people there and started enjoying my college life as any other would.

Things changed when I made “Gangs of Berozgaar” in the second year of my college. We just wanted to make it so that we can watch it after our college and feel nostalgic about the things we did in college. We thought if we could get around ten thousand views in a month, that’d be huge but surprisingly it went so viral that we achieved that on the very first day. We made that video with a budget of Rs. 60 only because we arranged everything on Jugaad. The only thing we couldn’t arrange was a Wheelbarrow (Thela) which we needed for a scene. If we talk about the current status of that video, it is about to cross 2 million views.

Somehow TVF got to know about our video because they also made a spoof on “Gangs of Wasseypur”. They saw the video and Biswapati Sarkar from TVF offered internship to the two of us. No matter how badly I wanted to go there, but I still couldn’t gather the courage to speak up to my father that I want to go to Mumbai and join that internship. After a year or so, I made “Gangs of Berozgaar-2” and it was also a hit.

I finished my college and got a job as a Junior Civil Engineer. I worked there for a year and let me tell it was very frustrating. Then I went to Agartala where my father was posted and started working with him. Still the frustration didn’t go. I talked to my friends and they suggested me to talk to TVF and ask if they are still interested in me.

I talked to Biswapati Sarkar and he responded very generously. He called me for an interview. It went really well and I got the job offer. The next obstacle I had to face was to talk to my family about it.

I walked up to my father and it was like deja vu. It was very similar to that “Abba nahi maanenge” scene from 3 Idiots. I was prepared for all the scoldings I’d get but surprisingly my father didn’t do any of that. Instead he put forwarded a logical question that we have no background in this industry, how would I survive? Along with this he pointed out that my current salary is double than what they were offering me in TVF.

Along with working as a planning engineer, I was also doing my masters from distance and completed two semesters of the course. That became my saviour. I told my father that there’s still a year left in my masters. I wanted that year to try my luck in this field. If I fail I’ll resume my job as an engineer. I told him that I will evaluate myself in this year and even if I fail, I won’t have any regrets that I didn’t try. My father agreed and I came to Bombay on 5th May, 2016. After working for a year, I got a huge increment and that  was because of my performance. Also, I scored really well in those two semesters left. 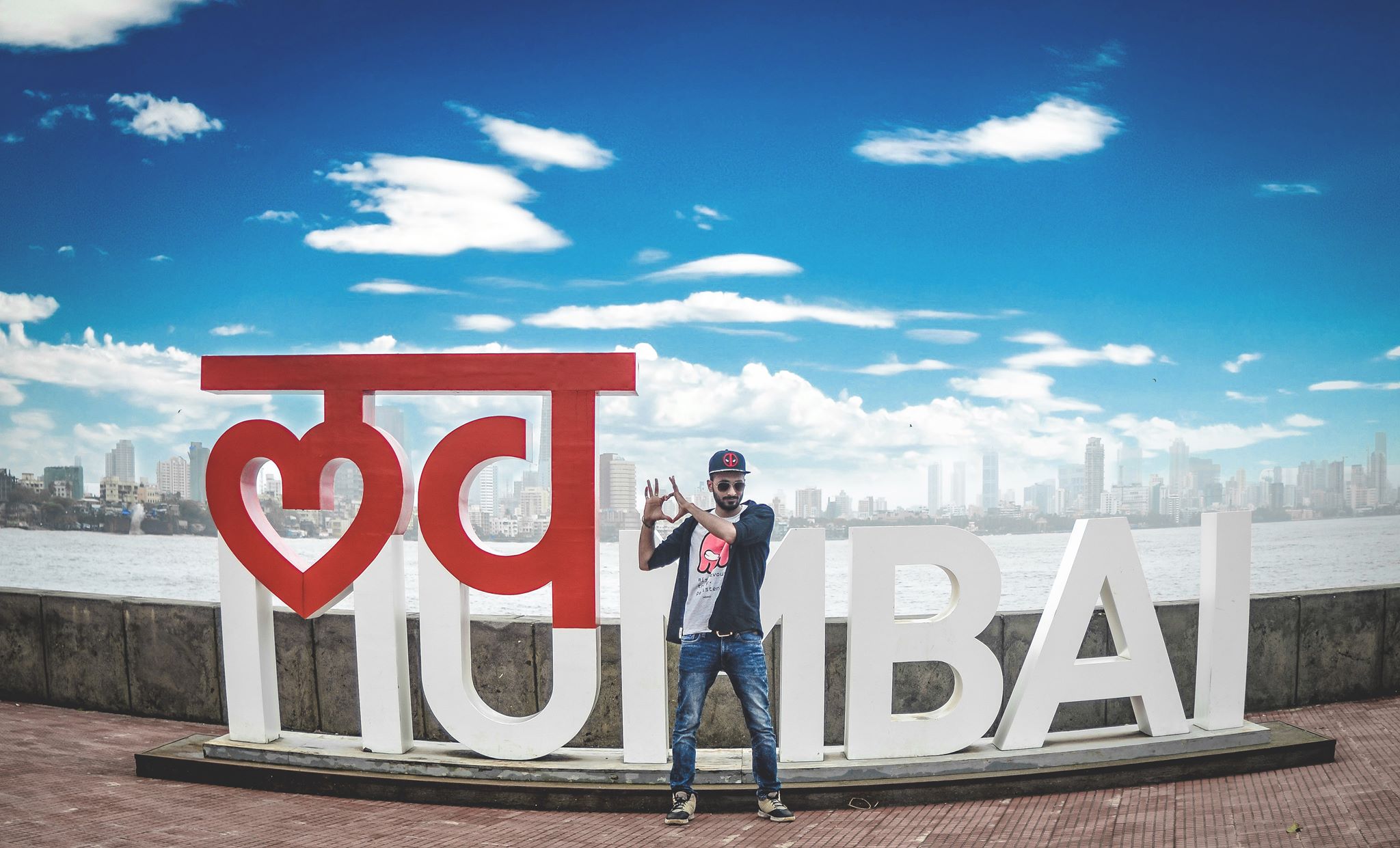 How did you start “The Screen Patti” aka TSP?

When I joined TVF, I joined as an assistant director. I didn’t know what was happening there and I didn’t take it seriously. For instance, when I went for my first shoot, it went for 18 hours straight and I couldn’t fathom what to do in those 18 hours. It really created a bad reputation for me. Then I and my friend Akash who was also working there thought that we have to do something different to survive. Till then, TSP which is also a unit of TVF, was a dead YouTube channel and we went to our senior and said that we want to revive it. We said that we don’t want any budget or anything but we need to work freely. Let us create, what we want to. He agreed to this and we started creating good content in least content possible. People started liking our videos, then the concept of Bade-Chhote came in, it went hit and we became successful in reviving TSP. 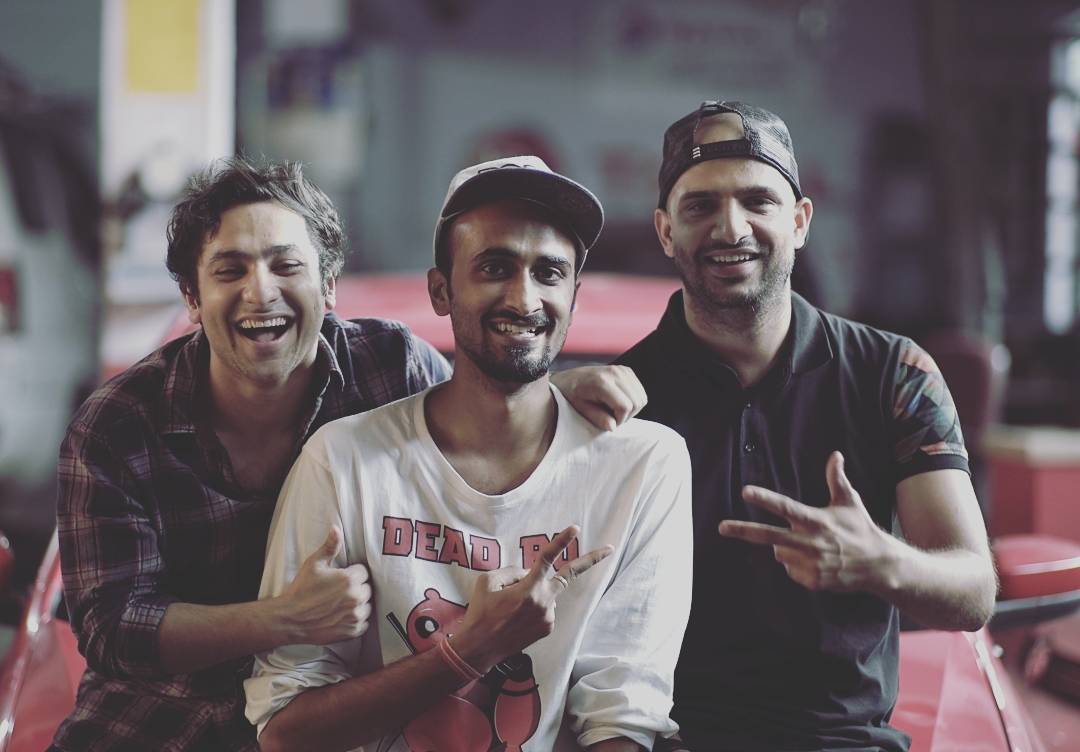 How often do you visit Bihar?

I visit my home two-three times a year. Diwali is a particular festival when my whole extended family visits home and we have loads of fun. When I visit Bihar, I observe people. I notice how they talk, how they crack jokes and I imitate them in my videos. I love doing this because it allows me to recreate my home, my village even if I’m living a thousand miles away from there. 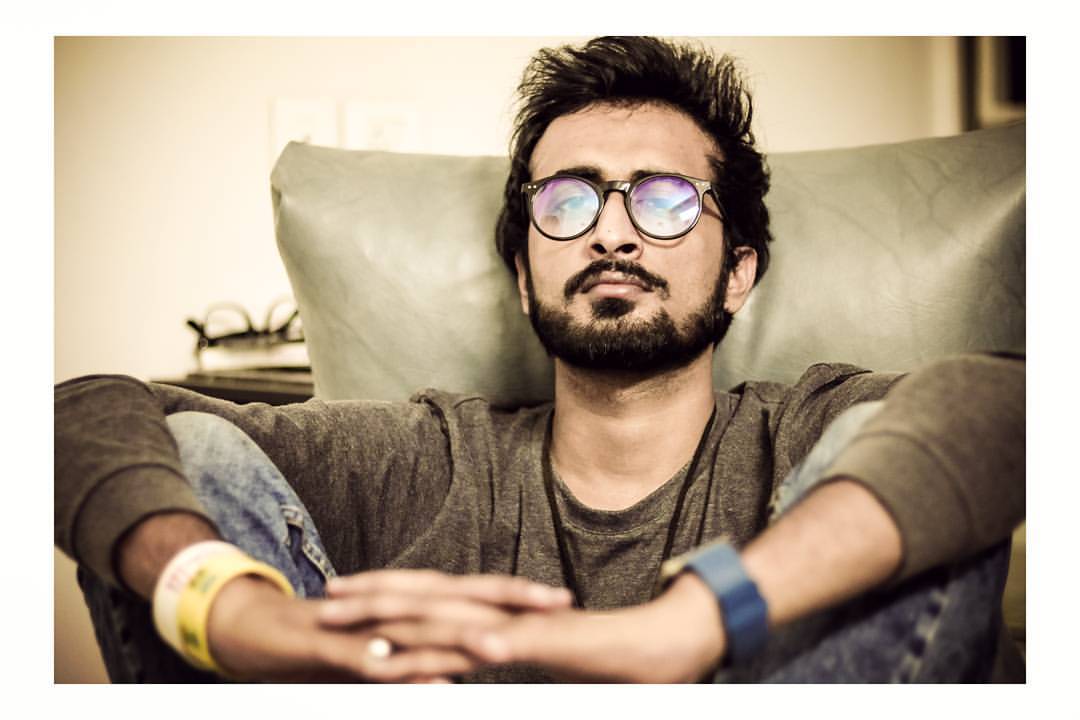 What’s the thing which you miss the most about Bihar?

How can you miss something which is already inside you? I’ll start missing Bihar when I’ll start drifting away from it and that can never happen because most of the elements that I use in my videos, I take it from Bihar. 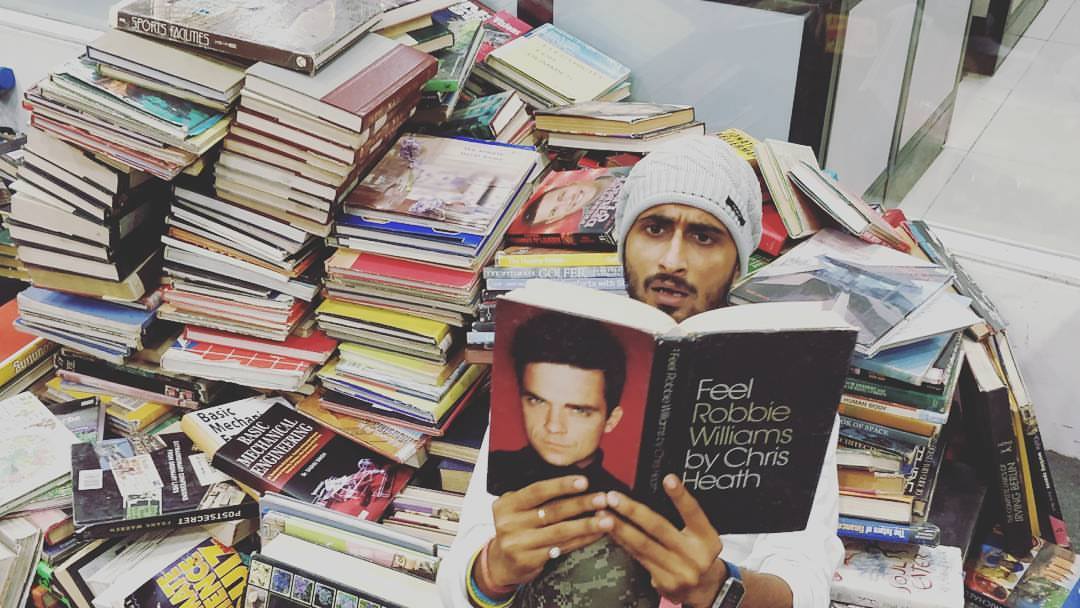 And what about the negativity spread all over Bihar?

I know there are few things but that’s not everything about Bihar. Sadly, people only ponder over the dark side of the state and not the art, culture and the great people shining all over the globe. There’s a common stereotype about Bihar that things are not good here and we’re only known for the crime and dirty politics. We need to break that. As my father was in a transferable job, I’ve got the privilege to live in different states of India. I know how people from other states talk about Biharis. But in the last few years, this scenario has changed drastically. People from Bihar are accepting proudly that they’re from Bihar and they are doing great work and I believe that things will get better for sure.

What do you want to say to the young people from Bihar who want to break into the entertainment industry?

Being reluctant for what you really love and hard work is a must for success in any field. If you really want to get in you need to overcome your biggest fear. My biggest hurdle was to convince my parents and it took  me three and a half years to do that. You need to find your hurdle and clear it. Also, I was a very average person and what took me here was my passion and hard work. If you’re willing to work hard for what you love, then there’s no boundaries.

What are your future plans?

Right now I’m working on a web series for TVF which would be my first web series as a director. I wish people like it and encourage me do more such work.

PatnaBeats wishes Abhinav Anand lots of success and a very fruitful career ahead.