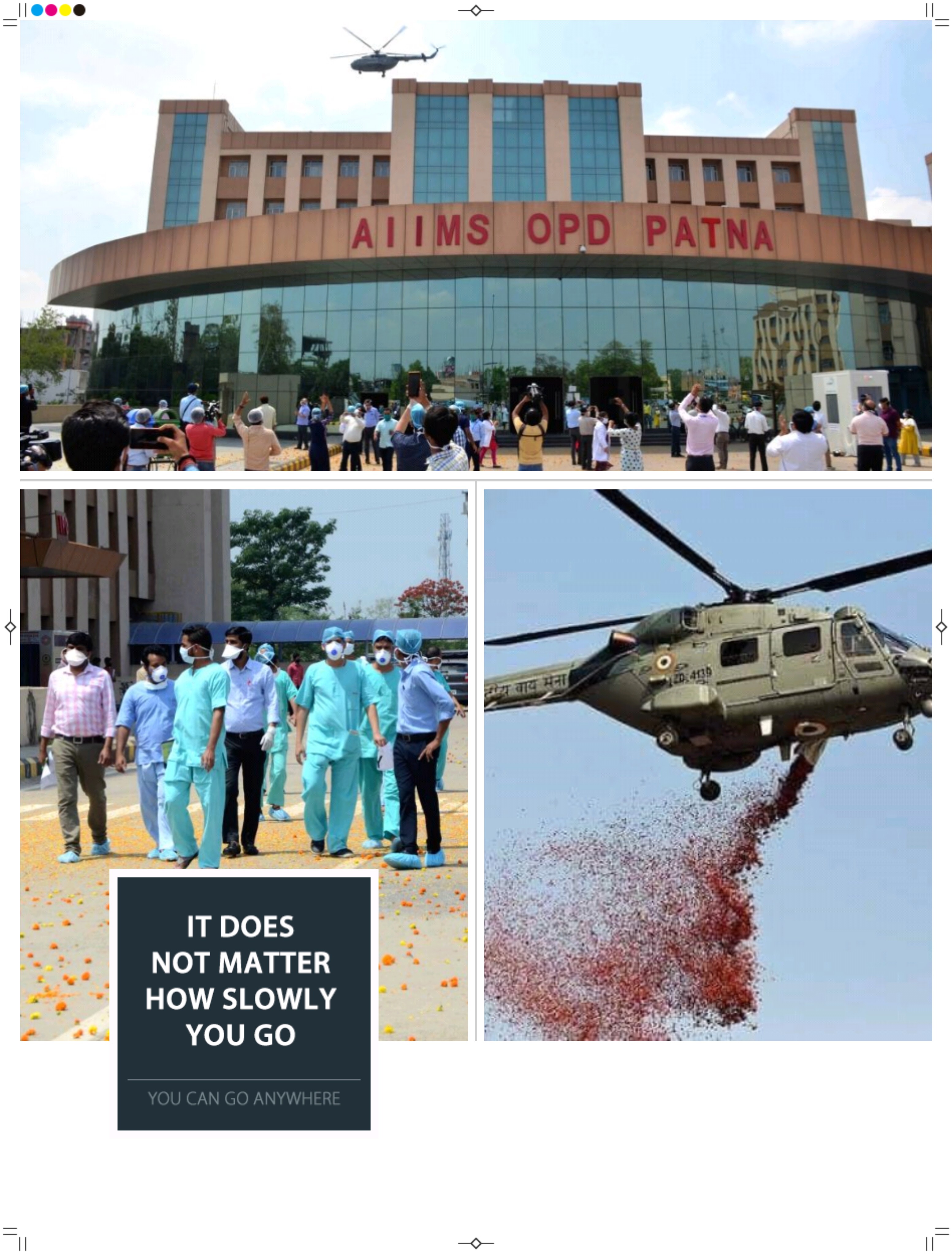 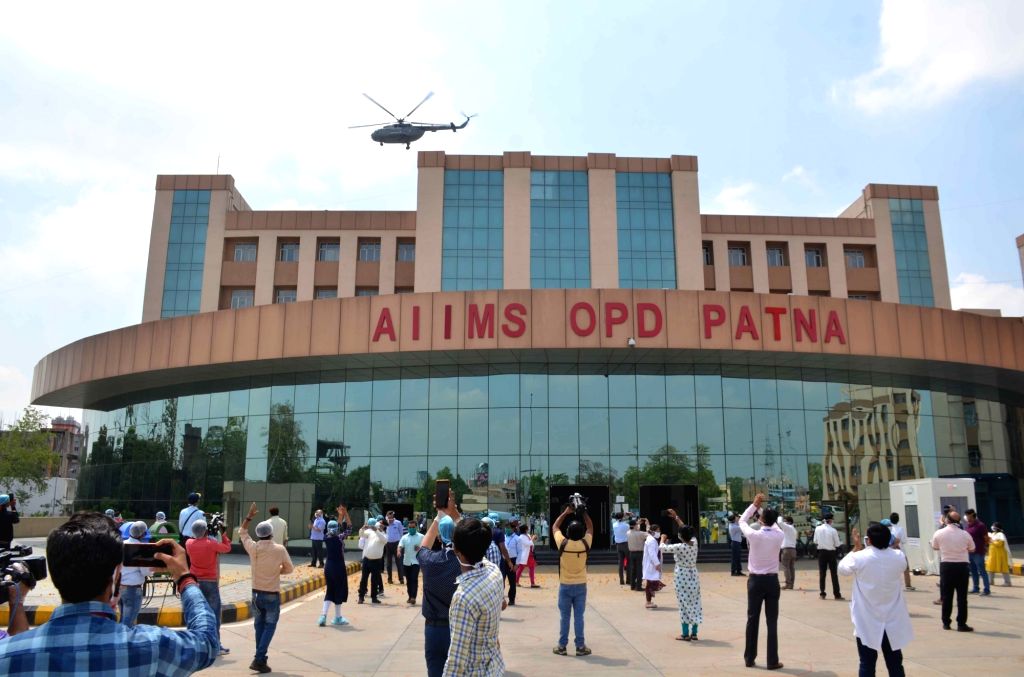 While India is constantly combating COVID-19 which has claimed up to 244,991 lives. The health workers police personnel and frontline workers have emerged as Super Heroes without any capes. They are being lauded for their hard work by people all over the world.

In a similar attempt, the chief defense officer, Bipin Rawat, announced that the Indian Air Force, Indian Army, and Indian Navy would exercise certain activities to show their gratitude to the heroes of mankind.
He said,” On May 3, there are some special activities that the nation will get to witness from all the three Services”. The chief was accompanied by the three serving military chiefs, Chief of the Indian Army, General Manoj Mukund Naravane, Navy Chief Admiral Karambir Singh, and Indian Air Force chief R.K.S. Bhadauria.
“IAF will also be showering petals on hospitals across the country which are involved in the fight against COVID-19. The Army on its part will conduct mounted band displays along some of the COVID-19 hospitals in almost every district of our country. To express solidarity that we stand by our police personnel, the armed forces will also lay wreaths at the police memorial on May 3,” he added.
The Navy will be out on the seas displaying their formations. “You will witness some lighting of our ships on the seashores expressing solidarity and gratitude once again on our part”, he concluded.

Aerial flypasts were conducted all across India on Sunday morning in order to appreciate the hard work of the Corona Warriors and express gratitude. The fighter jets such as Sukhoi-30 MKH, MiG-29, Jaguar, and transport aircraft of the Indian Air Force would conduct flypast spanning from Srinagar to Thiruvananthapuram. Covering the major cities such as Delhi, Mumbai, Bangalore, Jaipur, Patna, Chennai, and Lucknow to name a few. The flypast would end at Coimbatore around 5:55 p.m. 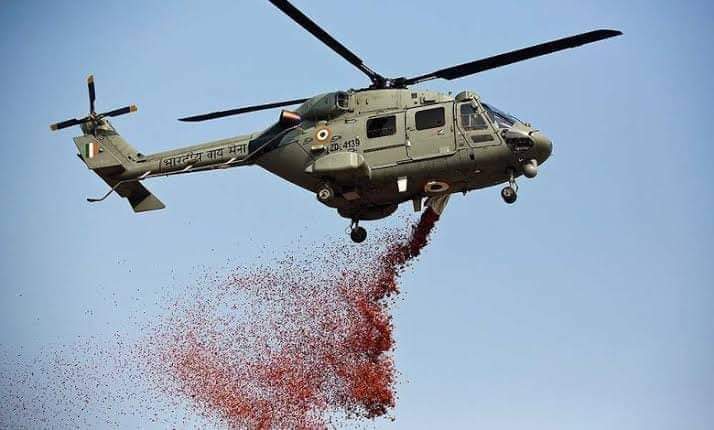 Flower petals were to be dropped on the selected hospitals in major cities where coronavirus patients were being treated. The doctors and other medical staff were urged to assemble in the compounds following the social distancing norms.

Also read: 5 Companies delivering Medicine to your home in Patna

At around 11:30 a.m. the city of Patna was rocked by the sound of transport helicopters of IAF. Many of us gaped at this brilliant sight with our chest swelled with pride and silent prayers escaping our lips for the safety and well-being of all. The fighter planes flew over The Bihar State Assembly building located at Patna.

The medical staff who stood like a barrier in between Corona and us were showered with flower petals. As the helicopter hovered over the campus of NMCH and AIIMS Patna, several doctors and paramedical staff were spotted in the compounds maintaining social distance and holding thank you cards. 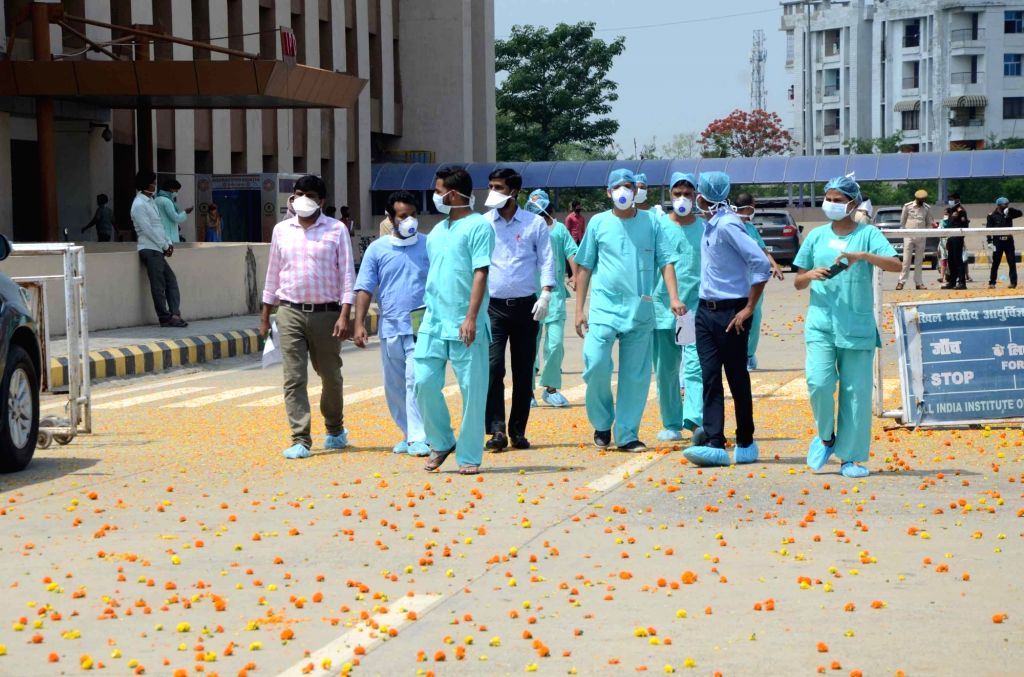 Multiple medical staff wept the tears of joy which washed away the exhaustion and replenished the enthusiasm to fight Corona and defeat it at the earliest.
A doctor who was seen hosting the national flag in front of NMCH. Lakshmi Kumari, a nurse in NMCH said, ” Amid fighting Corona day and night the gesture shown by the Indian Air Force generated a new way of excitement. It strengthened their spirit twice folded”.

The Indian Air Force tweeted, “We are in this together, we will win this together” and “Ariel Salute by air warriors to corona warriors”. The gesture was applauded by every soul during these times of dismay.