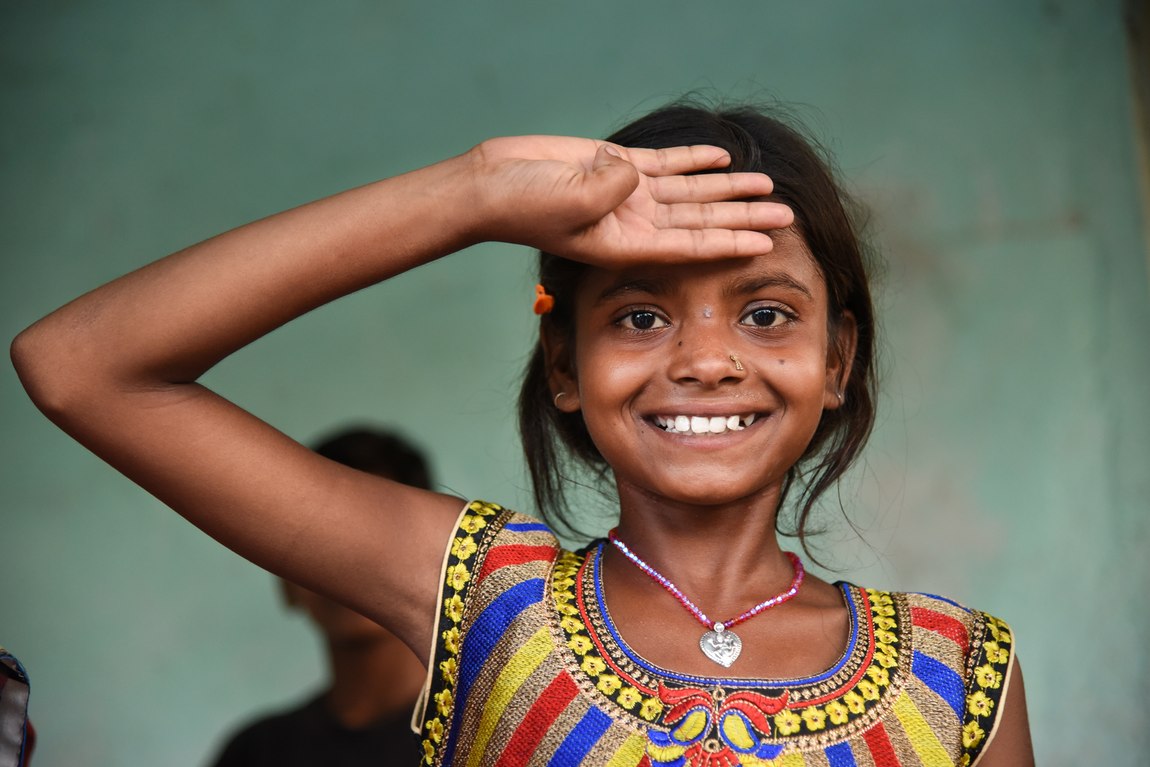 There are children, and then there are girls. In many parts of India, girls are not even considered as human beings, let alone be welcomed into the world. That gender inequality has been an issue woven into the very social fabric of the country.

While we all know how patriarchal norms have marked women as being inferior to men, my visit to the villages in the Samastipur district of Bihar revealed many a story of struggle in trying to change the narrative. And this is where I met Beena Kumari, one of the silent forerunners in the attempt to create a better world for our girls.

Beena is a field worker with Jawhar Jyoti Bal Vikas Kendra (JJBVK), a project in the Samastipur district in Bihar supported by CRY – Child Rights and You. And this is the story of how her journey turned into one of trials and tribulations, challenges and successes.

Beena Kumari came to stay at with her in-laws at Damodarpur Mohuli, Samastipur after her marriage, while she was yet to turn 18. Shy and introvert, this child bride dared not say a word and kept all her thoughts to herself.

Like every other child bride in the country, she kept quiet and followed every norm and tradition she was asked to follow, bred three children, and life went on. Till one day, the project staff of JJBVK organised a meeting for the mothers in their village – a meeting that spoke about the ill-effects of child marriage, a meeting that turned out to be an eye-opener.

Beena knew she had to change the way things worked in her village. “It was as if I had found my calling. My eldest one is a daughter. People were already talking about her marriage. I kept imagining all the terrible things I underwent as a child bride. The confusion, the weakness that my body was subjected to, the pain and every dilemma I have had to face at such a young age.

My daughter would have to endure all of that if this tradition had its way. And then it struck me. This was not my problem alone…,” Beena still gets worked up recounting her past.

She did not let her daughter become a child bride, ensured that she completed her Higher Secondary Examinations and enrolled her into college. And that’s just one example. While working with JJBVK since 2008, Beena has been able to prevent at least 65 girls from becoming victims of child marriage.

Beena has to work with parents who still believe that sending girls to school increases risks. They talk of high schools and colleges being too far from the village, or there being no separate toilets for girls in the schools that do exist.

India is home to 33 million child labourers, and Bihar has 11 percent of the share. In the remote villages of this state, girls tend to drop out of school to not only tend to household chores or care for their siblings, but also to contribute to the family income.

A girl getting actively involved in agricultural work or animal husbandry is a common sight. Beena works to send these girls back to school.

In a state where there are only 933 girls for every 1000 boys (the child sex ratio, according to Census 2011 data), Mampi Kumari (19 years) is the third girl in the family. Both her elder sisters Pinky and Rinky were married way before they turned eighteen. Mampi turned out to be the luckier one.

Not only has she lived, but has also been the only daughter to have escaped child marriage in the family. By the time Mampi reached adolescence, her family had been made aware of the dire consequences of child marriage and were already repenting their previous decisions. Mampi is now preparing for her college admissions and is hell bent on completing her education before she even thinks of marriage.

Beena also speaks of Shobha Kumari, another young girl in her village. One would not think of her as a success story, as she was married of at the age of 14 years and it took a toll on her confidence and on her body. But upon continuous interaction with her, Beena could make her realise that the battle may have been lost, but the war is not over.

Once she understood this, she decided to make some noise. She put her foot down, stopped her sister from becoming a child bride, went against her parents all the way, and made sure her sister completes her education and attains the legal age before she is married.

Her eyes twinkle as she speaks of Sona Kumari, one of the girls she has been working with closely. When Sona was in Class 7, her father had taken her to a relative’s place to fix her marriage. She realised she was alone, and desperate to get out of this situation, she pretended to be blind. The groom’s family immediately walked out saying they would not accept a girl with disabilities.

Though she has been subjected to immense mental and physical torture at home following this incident, Sona is determined to not fall prey to the menace of child marriage.

“We have to change the thought process. Unless we change that, the situation won’t change much. This is exactly what we’re trying to achieve, right?”

These are Beena’s final words before we bid her goodbye.

Beena’s journey is an example of how investing in people has resulted in creating multiple stories of hope.

And her success lies in the eyes of 14 year old Sangeeta Kumari, who now dreams of joining the Indian Army and is pursuing her education with that passion.