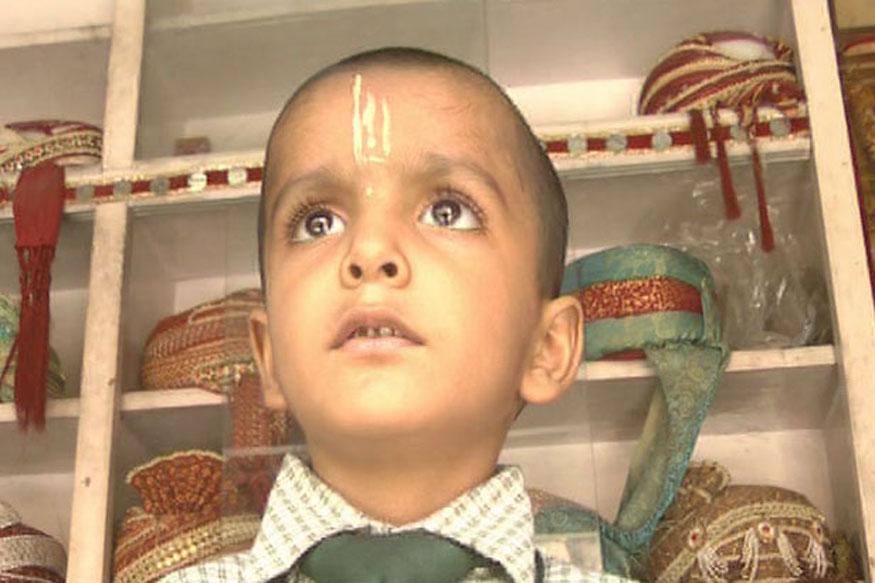 Patna: At an age when most children are only engaged in games and playing, this nine-year-old knows all about the planet Mars. Meet Kautilya whose prodigious knowledge, comprehension and sharp memory is the envy of even those much ahead in age and qualification.

Here with his father and grandfather on Thursday to meet mathematician and Super 30 founder Anand Kumar, Kautilya left him most impressed by his knowledge, and confidence in talking as an near-equal in age.

According to his grand father J.K. Sharma, it was his desire to take Kautilya to Anand Kumar so that he could assess the boy’s capabilities and guide him for the future.

“What Anand has achieved, very few can match. He himself is exceptional and thus we felt that this exceptional child should get his blessings. We have come to Patna just for this purpose,” Sharma said.

“These days, I am studying about astronomy and I want to become an astro scientist in life,” said Kautilya, a class 5 student at Bhavan Vidyalaya, Panchkula (near Chandigarh), but capable of reeling out statistics, geographical locations and trivia as well as mathematical calculations as if all the information has been fed into him.

He has all the updateS about the ongoing researches on planet Mars.

“He is like that since the time he was a toddler. He was always curious with abundant questions to ask on everything he came across,” said his grandfather, who approached psychologists at the Kurukshetra University to find about his immense curiosity and interests.

Kautilya’s exceptionally high IQ level was discovered at the university where psychology professors advised his family to pay special attention to him and ensure his distinguished skills and talent are not dissipated.

“It was his remarkable quality that got him on the Kaun Banega Crorepati television show on the Children’s Day,” said his father Satish Sharma, who runs a private school in the village.

“Later Bachchanji also tweeted about how much he was impressed by the wunderkid for his knowledge that defied his age,” he added.

Anand Kumar said that Kautilya was certainly different from children of his age and displayed striking knowledge and confidence.

“He needs to be carefully nurtured with a lot of freedom to do what he loves. I had also heard of him and will extend whatever help Kautilya will require,” he said, adding he wished him great success.