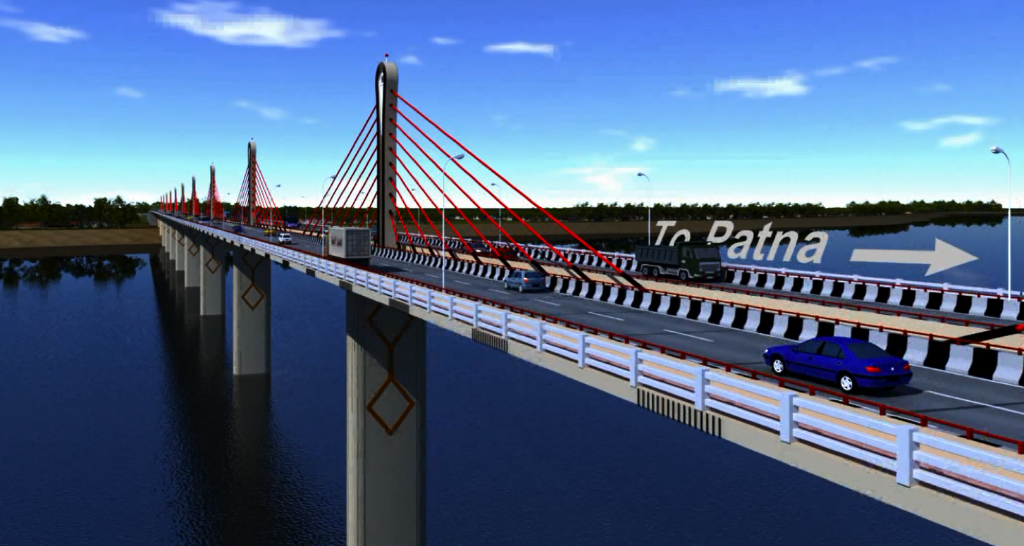 Construction on the ADB-supported 9.8 km long road-bridge across the river Ganga near Patna to connect North and South Bihar benefiting over 9 million people will begin soon. In November last year, the Asian Development Bank (ADB) and India had inked a USD 500-million loan agreement to build the road bridge across the river Ganga. “Work will soon begin on a new piece of infrastructure that will help fill the urgent need for bridge connections in Bihar. “The new Ganga Bridge, supported by ADB, will be built 10 km downstream and east of the capital Patna and is likely to be India’s longest river bridge with a length of almost 10 km once completed,” said a blog on ADB website by Saleha Waseem, Operations Communications Specialist, South Asia Regional Department.

As per the loan agreement, the project is schedule to complete by December 2020.

Earlier the ADB had said the new Ganga Bridge will span both channels of the river and serve as an alternate route to the existing Ganga Bridge.

“It is likewise expected to reduce traffic bottlenecks and allow swifter movement of goods between Nepal and India. This will be a boon for transit exporters in both countries,” she said.

Bihar government will provide support equivalent to USD 215 million towards the project.

A four-lane bridge parallel to Mahatma Gandhi Setu is ...