Madhubani or Mithila paintings are one of the more famous forms of traditional Indian art forms. Originating in the region of Madhubani in the Indian state of Bihar, the art is now practiced across India by amateur artists and even some contemporary artists have at times borrowed inspiration from these colourful mosaics. Much has been written about the art form – the fact that it was first practiced only by women, that no part of the canvas is left blank, that the paintings depict nature, Gods and demi-Gods, that they are ritualistic in nature and still form an important part of festivals and ceremonies like marriages; is common knowledge. But there are still a few things that probably not everyone knows about Madhubani, we bring you a few of these little known truths about the paintings:

How Madhubani art was revealed to the world? 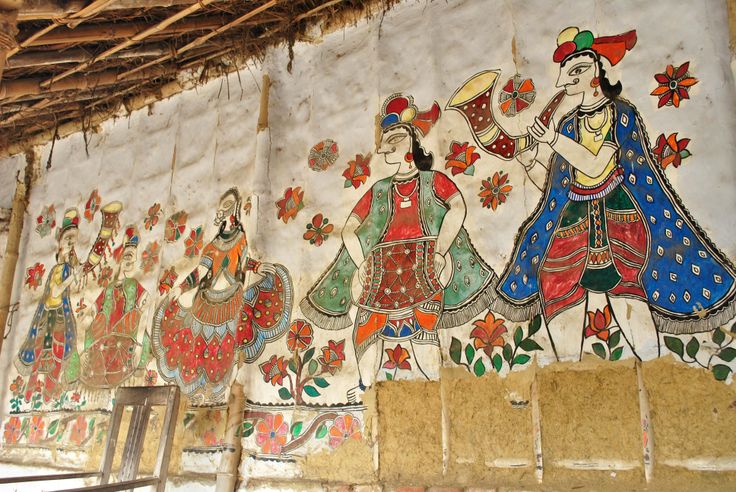 Interestingly, it took an Englishman to introduce Madhubani to the Indians and the rest of the world. As history has it, in 1934, the state of Bihar suffered from a massive earthquake. A British officer, Willain Archer, was inspecting the damage caused by the quake in Madhubani district when he chanced upon the paintings on the interior walls of the dilapidated homes. He took some of the earliest known photos of the works in black and white. Later in 1949 he published an article on the paintings in the Indian art journal, Marg, which brought the paintings into the public eye. Later, Archer was to become the South Asia Curator at London’s Victoria and Albert Museum. It took another natural disaster, a severe drought in the 1960s, that inspired the transition of the paintings from the walls of the homes onto paper, wheen the All India Handicrafts Board encouraged the women to create these paintings for sale.

The paper works are forever

Often one finds clients hesitant to purchase works on paper. After all when it comes to longevity, canvas is better than paper. But the works created by the Madhubani artists on special handmade paper are built to last. To start with the quality and gauge of the paper is standardized handmade paper. Add to that the artists use neem extract to treat the paper, not only to give it a peculiar stained background colour but also to protect it from insects and other pests. Sometimes an additional mild solution of cow dung is also applied. This is why, though Madhubani paintings are made on handmade paper they are immune to attacks from silver fish, termites etc. 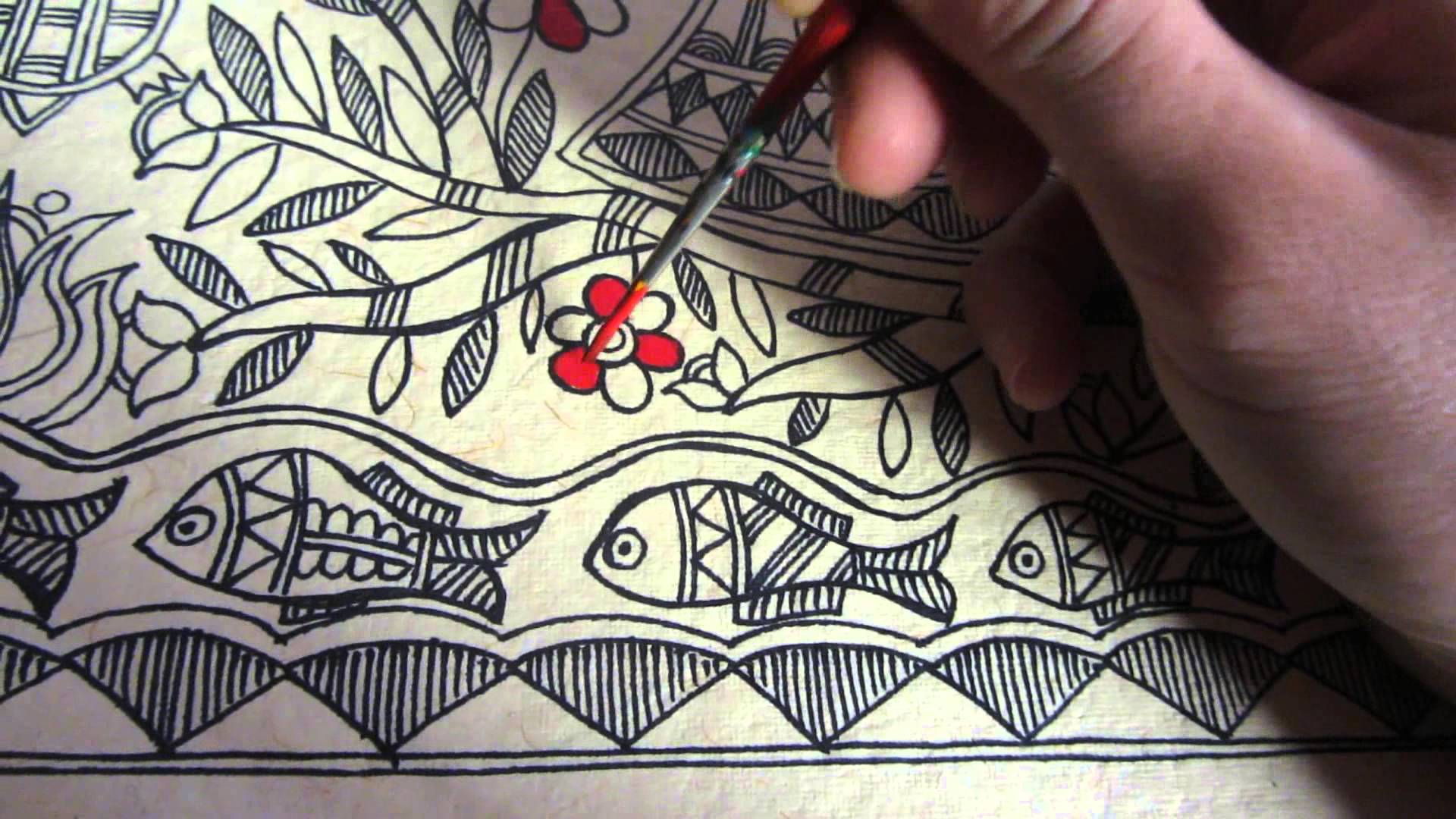 Few would realize it, but the Madhubani paintings are replete with symbols and tropes which have a strong association with the Feng Shui philosophy. The use of flowers, especially the lotus, has special significance in Madhubani lore and even in Feng Shui flowers are supposed to imbue a beautiful energy and bring good luck and good fortune. Birds, which find pride of place in the Madhubani paintngs, especially those associated with the tree of life are linked to divinity and attaining knowledge and spirituality in Feng Shui as well. The fish in Madhubani paintings signifies prosperity and fertility and is considered to bring good luck in Feng Shui. The turtle or tortoise is another symbol that is in common and represents vitality and good luck. Thus, is a sense one could say that installing a Madhubani painting in your home will bring with it the immense benefits of Feng Shui as well!

Also Read : 19 Facts About Mithila Painting You Must Know.

The Importance of the Sun 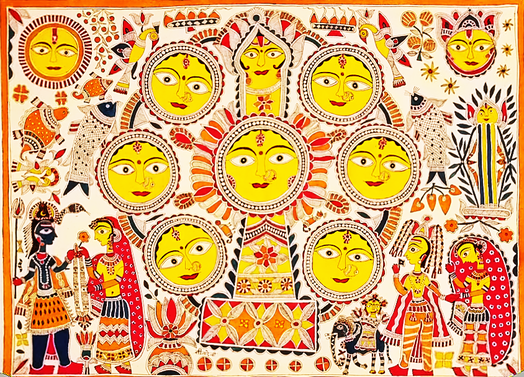 The sun since ancient times, in all civilizations, has always had an important place in the legions of Gods and nature worship. Even modern science professes that the sun is the greatest source of energy and necessary for life on earth. Little wonder then that the Sun occupies such an important place in the Madhubani paintings as well. There are paintings which are wholly dedicated to the Sun and if not, then the Sun will find some place as a trope in most of them. As a primarily agrarian economy the Madhubani villagers are dependent on the sun for a good harvest. Interestingly, the Sun is painted in different moods and in different colours. The Sun painted with large eyes and in vivid colours represents the noon day sun, while the more mellow eyes would indicate the Sun either at dawn or dusk. Every Madhubani home will have one painting on the Sun as they pray to it on a daily basis. 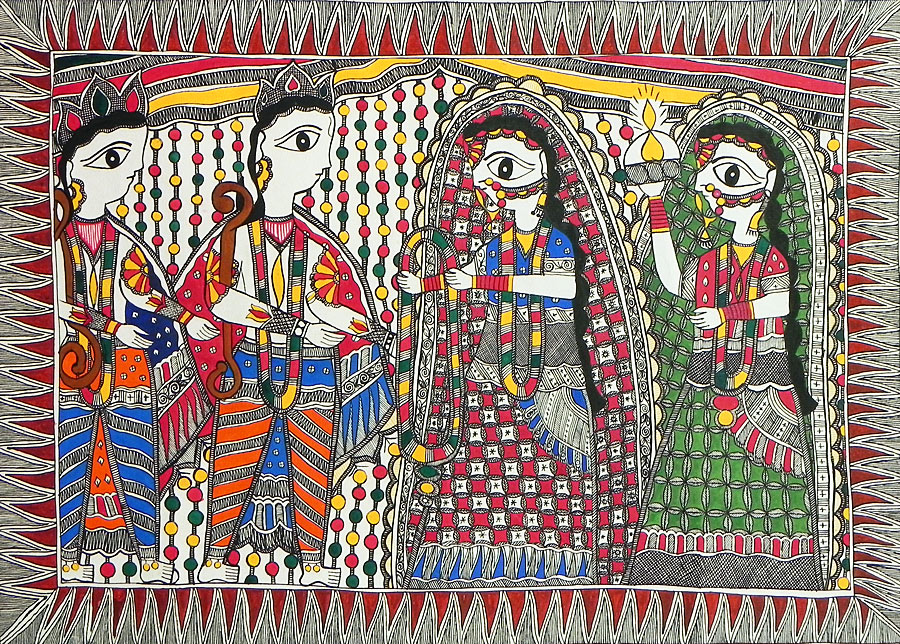 Marriages in the village are very important and joyous occasions. For every marriage a special painting is created so as to invoke divine blessings on the newlywed couple. Thus, in the painting will be depicted the nine planets, the sun, the moon and other auspicious symbols like the fish, turtle etc. Along with these seven special leaves similar to that of the lotus form the centre of the composition.
The Madhubani paintings are not just pretty and colourful additions to a home or office. For those who choose to explore them and read deeper into these amazing works will be well rewarded with a wonderful and amazing insight into the rich thoughts of these simple people.

All the images are for representational purpose only, Image source: Google
Article: Source

Darbhanga Gharana: The Rich and Royal Art of Bihar