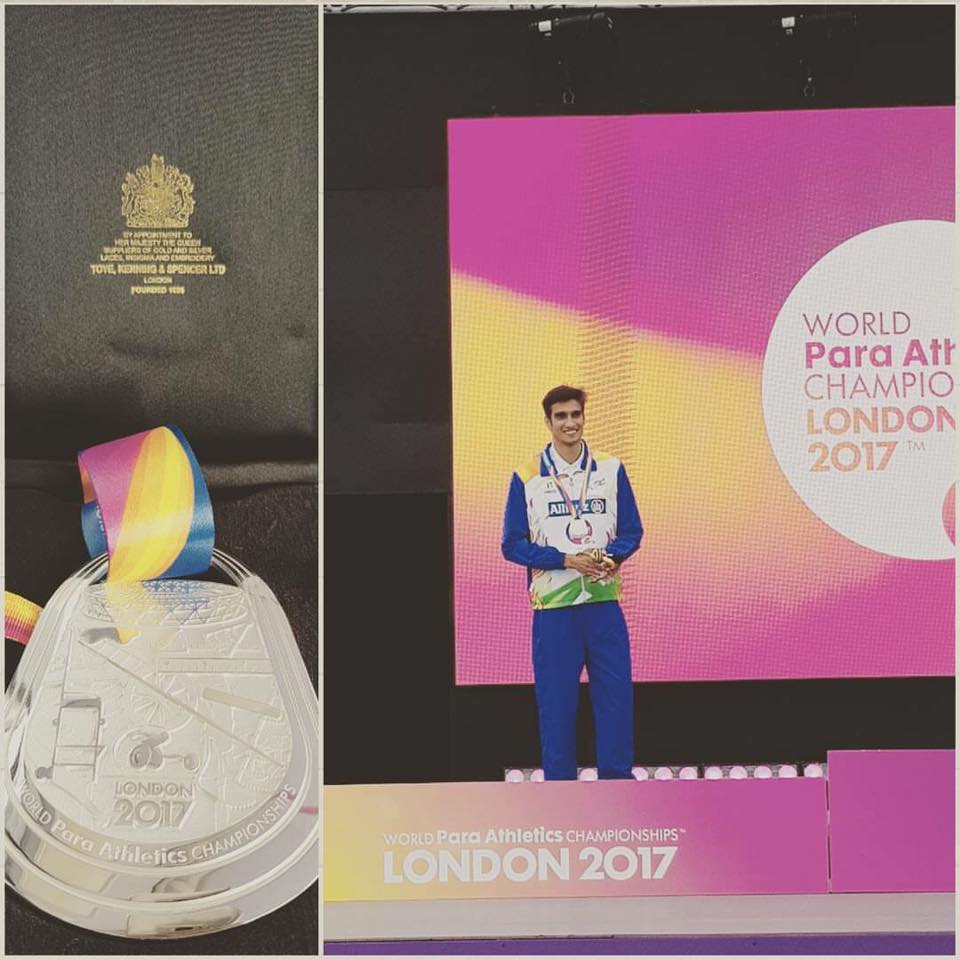 About 23 years ago if someone had asked Surendra Kumar, a farmer from Kodarkatta Purantola village in Muzaffarpur, around 80km north of Patna, if he would like to make his son Sharad an athlete, he probably would have taken offence against the person.

Sharad was two when he was diagnosed with polio.

On Saturday, the 25-year-old bagged silver medal in the T42 high jump at the World Para Athletics Championship in London. The T42 high jump event is for the single above-the-knee amputees.

Born in Patna, Sharad has done his schooling from St Paul’s School in Darjeeling, 10+2 from Modern School, Barakhamba in Delhi, and masters in political science from Jawaharlal Nehru University in Delhi.

From London, Sharad told over phone that he attributed his success to Om Prakash Gupta, his senior from St Paul’s.

“Om Prakash ji, too, is a product of St Paul’s, where I had participated in several sporting activities and had earned a name for myself. Om Prakashji is a businessman. He sponsored my three-month training in Ukraine before the mega event. The training helped me achieve the recent feat,” said Sharad.

Sharad’s father Surendra received the good news only on Sunday and not surprisingly he and his family members were on cloud nine.

“You can imagine how a father would have felt when his two-year-old son was diagnosed with polio. When I got to know about this, I was shattered and so was my wife Kumkum. We had Sharad vaccinated against the disease at a private clinic despite that he was diagnosed with polio. Initially, I thought what will happen to my son but then I decided I can’t afford to lose hope. I enrolled Sharad to St Paul’s when he was three-and-a-half years old,” he said at his Exhibition Road home in Patna.

He added: “When he would come home during vacations, he would tell me ‘papa it’s very tough for me to climb the school stairs’. But I encouraged him and told him everytime that he can. When Sharad grew older, he wanted to take all the pain because he believed life wasn’t easy for him.”

Kumkum also remembers how Sharad would tell his parents that his friends used to tease him whenever he participated in sports activities.

“But Sharad was always very daring. When he was a teenager he would indulge in antics. He would start his father’s motorcycle on his own and keep me seated as a pillion,” said Sharad’s uncle Shatrughan Yadav.

“Sharad has made a great comeback after participating in the Rio Paralympics last year where he could not secure a position,” said Shivajee.

While Sharad’s achievements have made his family proud, his father is unhappy that not many recognise the feat.

“A person who has won bronze for the country, his house should be flooded with people and fans. Politicians should visit his home. But here the situation is different. I got congratulatory calls only from my village,” added Surendra.

This is not the first achievement of Sharad. With a jump of 1.75m in April 2012 at the Malaysian Open Para Athletics Championship, Sharad was ranked 1 at the age of 19. He, however, missed the London Paralympics after testing positive for a banned drug. Sharad made a comeback in Asian Para Games in 2014 wherein he won gold and regained his no 1 spot. Last year in Rio Paralympics, he finished sixth. He is receiving training under National Para Athletics coach Satyanarayana since 2015.