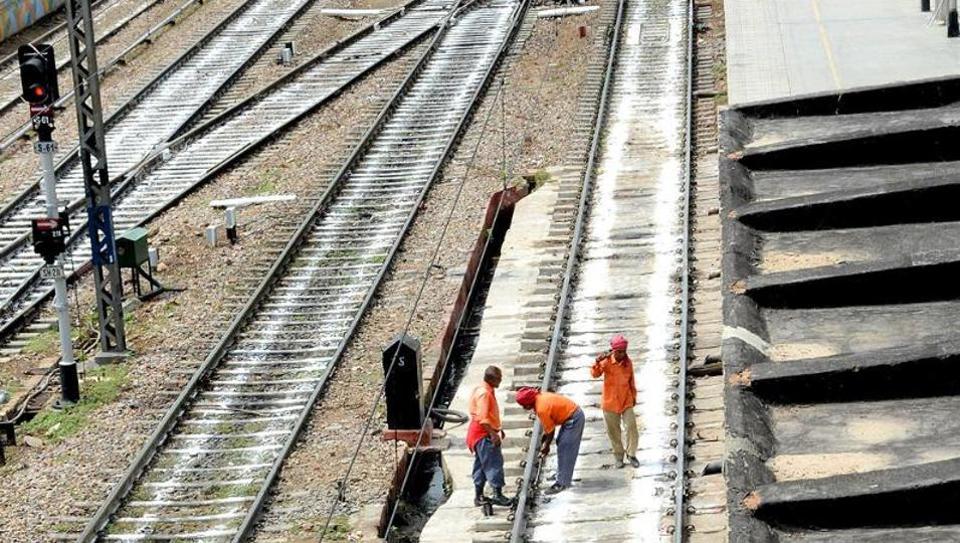 The long-pending demand for a third rail linebetween Mughalsarai and Kiulvia Buxar seems to have been considered by the Centre as Rs1.5 crore has been allocated in the Budget for 2017-2018 to assess its feasibility and submit a survey report to the railway ministry. Technical experts will submit the report within six months from now so that the third line could be sanctioned in the next Budget, sources said.

Danapur DRM R K Jha said the Mughalsarai-Jhajha mainline route has reached about 160 per cent saturation, which often leads to late running of passenger trains. Besides, both Down and UP lines in Danapur division have been since pre-independence era. Passenger and goods trains are running on the same tracks. Thus, a third line between Mughalsarai and Kiul will decongest the existing route, he said .

Sources said railway ministry had allocated Rs61 lakh last year to conduct a survey between Buxar and Mokama for laying a third line. The survey report has already been submitted to the Railway Board. It says a third line is feasible. However, the report mentioned a few hiccups likely to arise between Danapur and Patna Sahebstation due to congestion, sources said, adding the new survey will be carried out on Mughalsarai-Buxar and Mokama-Kiul routes only.

According to technical experts, there has been an astronomical increase in the number of passenger trains in Danapur division. About 280 passenger trains and 40 goods trains passing through the division daily.
Danapur division has become a bottleneck for train traffic. Patna-New Delhi Rajdhani Express and other Rajdhani trains from Howrah and Guwahati cross through this division. Super fast trains like Sampoorna Kranti Express, Garib Rath, Shramjeevi Express, Magadh Express, Vikramshila Express, Himgiri Express and Poorva Express run on the mainline section of the division daily, the experts said, adding that long-distance trains like Patna-Ajmer, Patna-Jammu Tavi, Patna-Indore, Patna-Vasco-de-Gama, Patna-Mumbai, Patliputra- Bangalore, Patna-Chennai, Patna-Ernakulam and a few others run on the mainline route daily.
Railways is likely to incur a cost of about Rs1.5 crore per km in laying a third line between Buxar and Mokama stations in the first phase. Railways could also build elevated or underground corridor to lay a third line where there is space constraint, sources said.
Source:Kumod Vermal, TOI
Do you like the article? Or have an interesting story to share? Please write to us at [email protected], or connect with us on Facebook and Twitter.